Gudberg Magazine is subtitled “Magazine for art, graphic, design, photography and loud thoughts”. The editor claims that it’s not only another magazine about art, but the magazine itself is an artwork. This is true because most artwork depicted is exclusively produced for Gudberg and there’s a limited edition of 2000 copies worldwide. 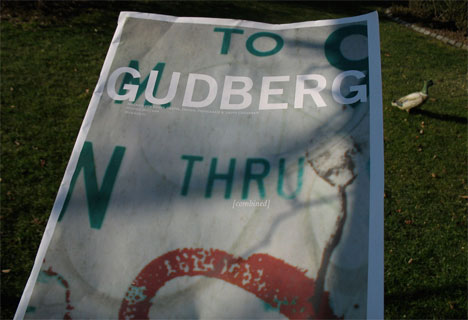 At the moment “worldwide” means German cities such as Hamburg, Munich, Leipzig, Berlin – but some copies can be found in San Francisco or even in Tokyo, depending on where the editors have been travelling. If you get one it’s yours – for free. But since it is not very likely to find a copy outside these cities, you can also subscribe it and have it sent to your address four times a year. The editors expect that it will be a collector’s item one day. 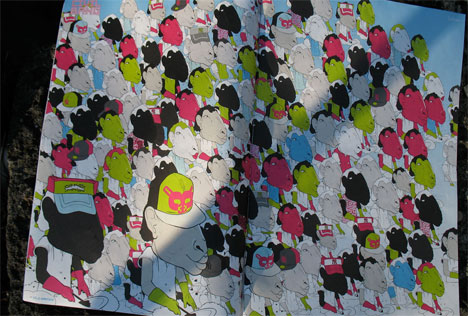 So you could handle your copy with care, read it attentively and put it in a shrine. But if you like the colourful graphics by Spielplatz3000 or the crude drawings by Nina Braun and friends or the obscure, computer-error-like graphics by Karlssonwilker inc., you might like to cut out some pages and put them on your wall or even use them to wrap your christmas presents. 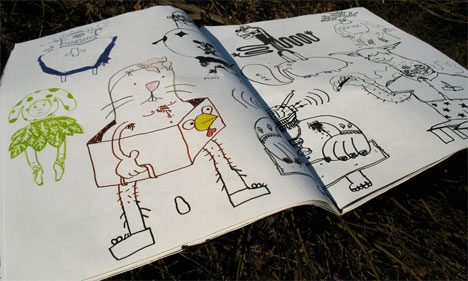 The large newspaper sheets with their silky haptic are strong enough to cope with this treatment. It’s the use of this beautiful material and the reduced and clear typography, reminding of late design by David Carson, that made the first issue win the DDC Competition “Good Design 2008”. The tidy design of the magazine leaves no doubt that the focus is on the content created by the artists. 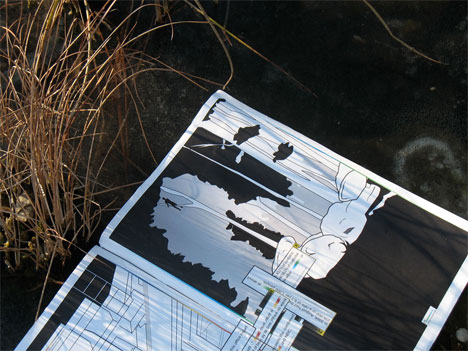 The first issue was mostly with German artists, but the second is already featuring artists from other countries, like Karlssonwilker inc. or Matt Siber, both from the United States. In future, this internationality will be strived for and that’s why contributions of artists from all over the world are welcome. 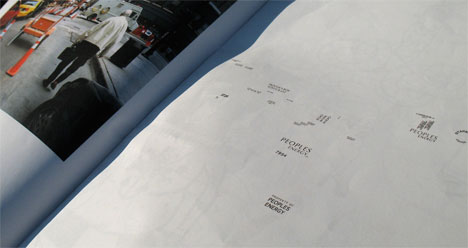 While “art, graphic, design and photography” can easily be understood internationally, the subtle poetry by Katharina Trumbach and Daniel Schoeps’ story about the surreal journey of millionaires to Thailand are not translated into English and so the “loud thoughts” can only be heard by German-speaking people.

Although Gudberg’s claim for internationality is not yet fulfilled, it is definintely a promising new magazine, reflecting the state of the art.