The Bread & Butter show in Barcelona. It’s the Capital of Urban & Street wear. 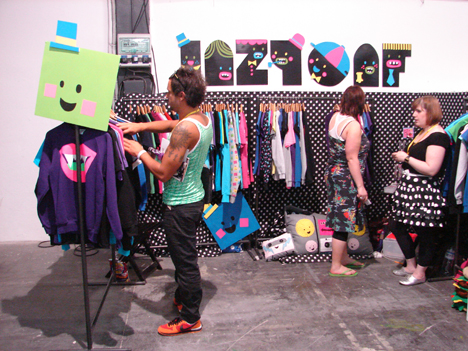 The Summer 07 edition of Bread & Butter, a 3 day fashion extravaganza, was visited by more than 100,000 people.

The BBBulletin (the Bread & Butter publication guide) announced that BRIT is the most “in” style right now. The young Italian labels became the new hype by mixing concepts, energy, and style to bring fresh air to the street Culture. 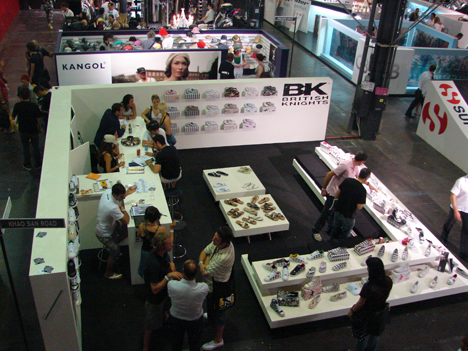 The talent of the new Italian scene was presented by young brands like Pharmacy Industry and accessories like the eyewear brand RetroSuperFuture. These two brands are well supported by the fantastic fashion, culture and tendencies magazine PIG. 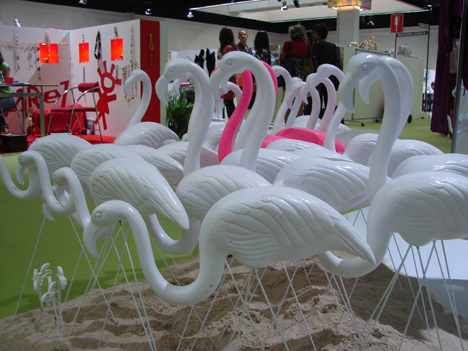 The presence of Magazines organizing parallel events and parties at the B&B was a good way to escape the collapsed Feria. French Magazines WAD and Vice hosted great musical performances at Barcelona clubs late at night. The Studio.V area dedicated to new young talent was once again the most interesting sector of the Saloon with brands like Luxoir, Retal Reciclaje Creativo, Txell Miras, The Mystic Onion, Almirasadar and Sarah Heartbo. 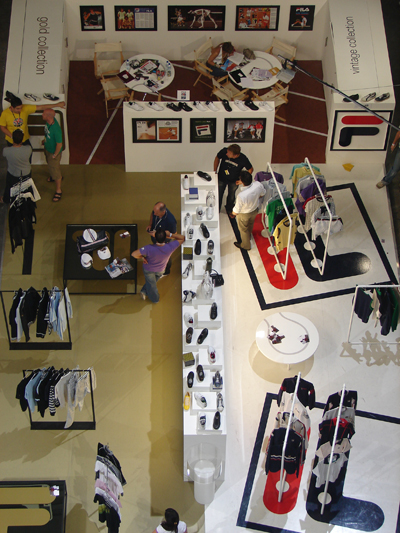 The Denim Area hasn’t changed so much from earlier editions. And maybe this is one of the less interesting areas of B&B despite the huge montages made by the big denim Brands like Diesel and Levi. These brands seem to be more concerned with the scenarios instead of the jeans. Maybe the Denim industry has not made any big changes in recent years, but denim its still the most popular basic wear. 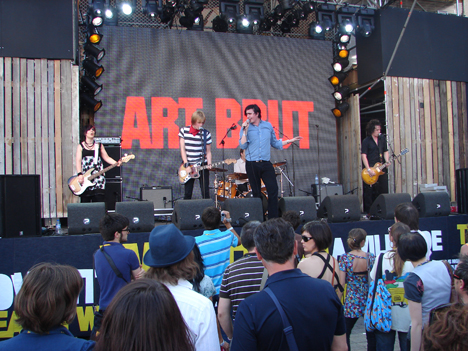 Wrangler presented at the LunaPark, a big urban interactive monument called THISISWANTED where the music program was the highlight with fantastic shows by Art Brut, Veracruz, Mendetz and Seine. 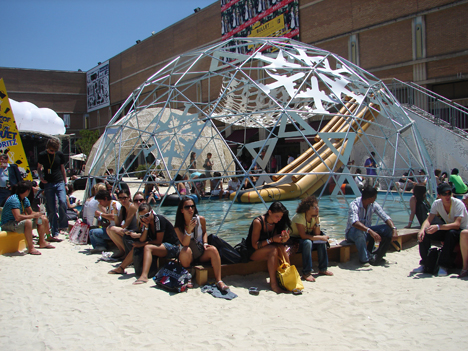 The summer edition of the Bread & Butter show in Barcelona proves that its the Capital of Urban & Street wear. The event has also become bigger and bigger every edition. Larger exhibitors and bigger spaces.

The news about the next edition in January comes with the notice of a new enlargement of the Salon. For the next edition the huge space of the Barcelona Fira has become to small for the ambitions of B&B which is planning to add two of the most symbolical buildings of the city: the Mies van der Rohe Pavillion and the Palau Nacional de Montjuïc.

If this expansion takes place, the B&B will have twice the actual size of that today. That is in numbers with an increase of 60.000 square meters.

Hopefully the space expansion will come together with an extension of more days if we want to visit all that there is to offer.