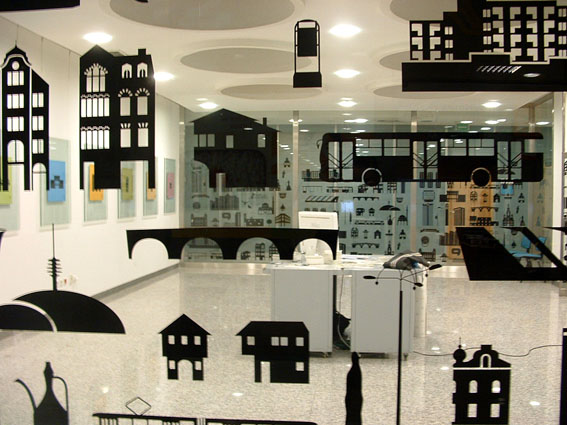 The International Festival Sarajevo “SARAJEVO WINTER” is a traditional meeting place for artists and citizens from all over the World.

The first “Sarajevo Winter” Festival was held from 21 December 1984 to 6 April 1985. In the course of twenty two years of its existence, the Festival has become an inseparable part of the city life. In the 1026 Festival days Sarajevo saw 2.763 performances and exhibitions with over 2. 831.000 spectators and 24.300 participating artists from all parts of the world. The “Sarajevo Winter” Festival was not prevented from taking place even in the times of war, and has become a symbol of freedom of creativity and a place for familiarizing with diverse cultures and civilizations. 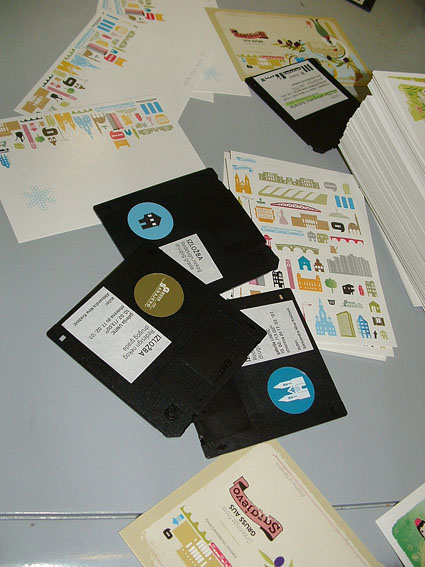 The topic of the 23rd Sarajevo Winter Festival is “Some other city”. Inspired by this topic, the artists have created their own vision of “Some other city”.
In Unitic gallery, on the 10th of February an interesting exhibition was launched. Here the Author wishes to imply that being in the gallery is equivalent of being in some other city.

Aleksandra Nina Knezevic, author of the exhibition created 65 different symbols of the city of Sarajevo and from them then created Dingbat Font (typefaces consist of symbols). She presented Stylised pictures placing them on the glass walls of the gallery. In that way these glass walls become part of her work, and not only a space where the artist’s work is displayed. The whole gallery becomes the artist’s canvas. 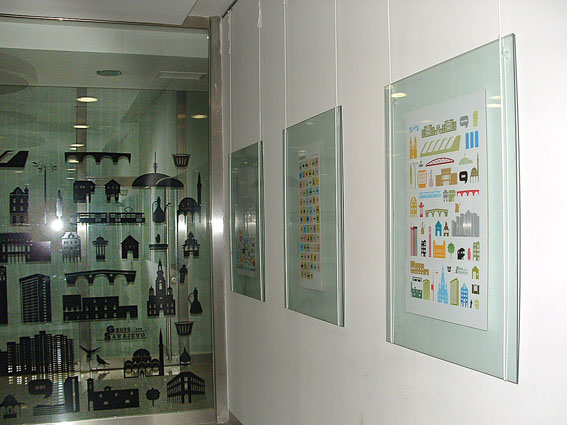 Along with the promotion of symbols, actually, the promotion of Dingbat Font, the author also presented other works where these symbols were used. Apart from these posters and the font, redesigned antique postcards of Sarajevo were presented, which date back 100 years ago, now they were shown in an extremely different manner although the composition and the thought has remained the same.