I left Utoro town in Shiretoko at 5 AM under the sky with twinkling stars. The Okhotsk Sea was in front of my eyes. I climbed nonstop from above sea level 0m to 738m of the Shiretoko Pass. Shiretoko became the third registration as world natural heritage in Japan on July 14th, 2005. The name of Shiretoko, which had been known only by who likes nature, became a popular place after that. 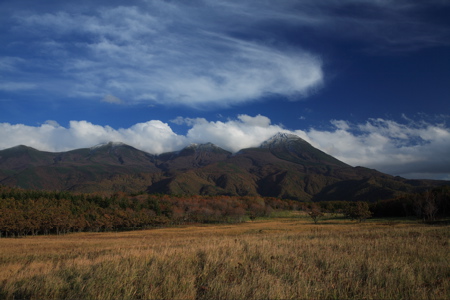 Firstly, let’s review what the world natural heritage is.
Standard nomenclature: Convention Concerning the Protection of the World Cultural and Natural Heritages.
Purpose: To establish an organization for the purpose of international cooperation and assistance in regard to protecting cultural and natural heritage which is of outstanding universal value to mankind from the threat of damage and destruction and to conserve this heritage for future generations.

So, what is a remarkable universal value of Shiretoko?
– Drift ice in winter which comes over the south most in the world.
– Various vegetation which grow between the sea level 0m and about 1,600m.
– Precious animals and plants. There is a brown bear living in the highest density in the world. There are international rare species such as a blakiston’s eagle-owl, a Steller’s sea-eagle, a white-tailed sea eagle.
– Salmon and trout come round between river and ocean, and eagle and bear eat them. There is a close connection with an ecosystem between the sea and land.

This is a very simple brief about Shiretoko, but I wonder how many tourists know about it, seeing this Shiretoko sightseeing boom from last year. 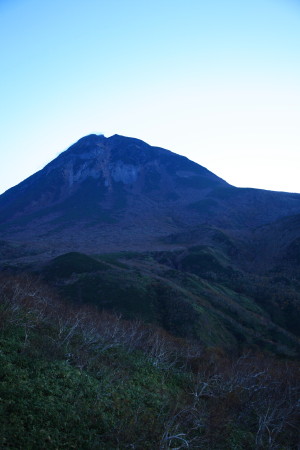 Most tourists take a picture in front of a signboard, buy a souvenir and move to the next sightseeing spot like they do at a lavender park or a popular zoo. Shiretoko is not ready to take care of this unexpectedly sightseeing boom of the world natural heritage yet.
Well, there are always a lot of flocks of deer on the street in early morning, but this time I saw only a few. Maybe it’s because of the frost in this morning. I earned meters above the sea level while turning curves, and arrived at the mountain pass in about 20 minutes. I walked several hundred meters to Rausu side and looked down at the sea of trees from slope. The surrounding was in light blue. I barely saw a figure of Kunashiri Island over Nemuro Channel. Unfortunately, the morning sun was hidden by clouds, but I could clearly see Mt. Rausu in altitude 1661 meters. Weather was good that day.