Getting bored by your daily shopping? Never looking forward to visiting your local supermarket? Getting depressed by all these grey, uninspired, one-size-fits-all buildings? Well, then you might wish to do your shopping in Austria’s federal province of Tyrol. There you’ll find MPreis, a family-run chain of 140 supermarkets which stand out by their diverse architectural design. What “reunites” them is the red cube with the “MPreis” brand logo on it. 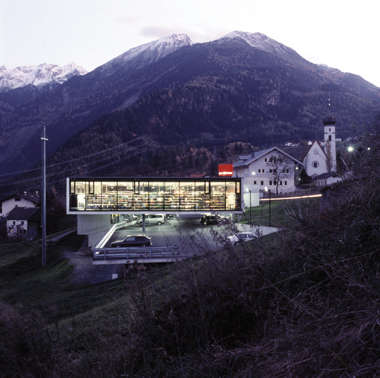 MPreis works with a team of thirty, mainly regional, architects, who design each store individually and seek to make your visit in the supermarket a unique experience. The progressive architectural design recently won MPreis a nomination for the prestigious national “Staatspreis fur Architektur” (state award for architectural design).

It all started in the early eighties when architect Heinz Planatscher designed a new store for the expanding company. Since then a whole range of talented architects from Tyrol have designed the individual supermarkets. All MPreis stores are designed to fit their natural environment of the Tyrolean Alps.The only contributor from abroad is the well-known French architect Dominique Perrault, the man behind the National Library in Paris, who so far has designed three stores for MPreis. 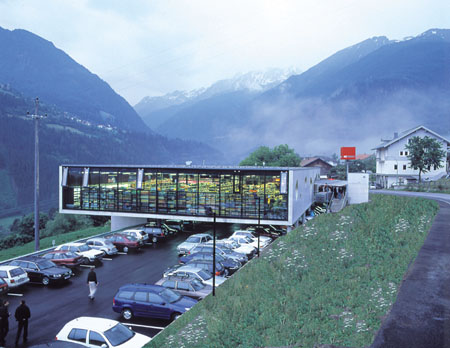 Why is architecture so important to MPreis? The aim is not just to stand out from competitors in the retail market, who usually create one formula and keep repeating that in all their supermarket locations. MPreis stores are supposed to give staff as well as visitors a feeling of well-being whilst working or shopping. That’s why the interior is special as well, featuring cafes for instance. Client surveys show, that many visitors believe that MPreis has a bigger assortment and higher quality products than other supermarkets, which is not necessarily the case. It’s rather the whole “entourage” that makes them think so. 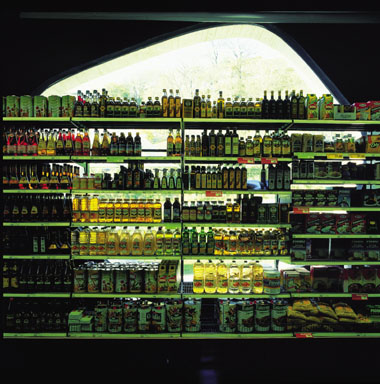 Apart from architectural design there is another success factor for MPreis, which holds almost the same market share in Tyrol as market leader Spar. The company relies heavily on regional suppliers, which earns them a great deal of sympathy by the local population. And suprisingly, the price level is not higher than in other supermarket chains in Tyrol. This means that buildings can be upgraded to create a richer shopping experience while prices need not have to go up. Maybe that’s why the English design magazine Wallpaper* described MPreis as “The Seriously Sexy Supermarket”, which, since then, has become the company’s pay-off.