On the North end of the Golden Gate Bridge lies a small town called Sausalito. Well known as an artists enclave, Sausalito hosts an eclectic community due to the extensive houseboats and live-aboard boat residents. In the heart of the houseboats lives an old paddle wheel ferryboat called the S.S. Vallejo which has long been the center of the Sausalito art scene. 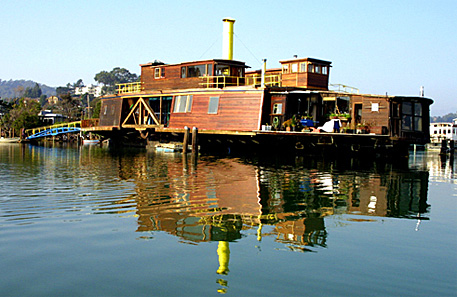 In 1949, a young artist named Gordon Onslow Ford stumbled upon the old ferryboat ready to be junked for the metal in its hull. Ford saved the boat and began using it as his home. At the time Sausalito was primarily an industrial ship yard – used extensively during World War II for constructing Liberty Ships. 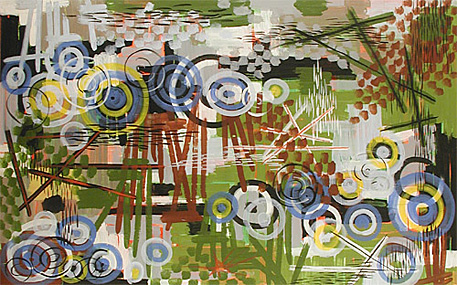 Gordon Onslow Ford was part of the French surrealist movement of the 1930’s. His paintings focused primarily on three shapes – dots, lines and circles – a goal which remained unchanged for much of his long life. Ford bought the boat with his friend Jean Varda, an eccentric Greek artist he had met in France. Apparently Varda was a bit too wild for Ford, who eventually moved off the boat. 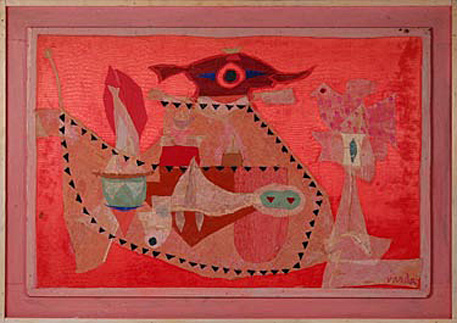 Jean Varda was a surrealist collage artist also connected to the French surrealist scene. Forever youthful in spirit, Varda created community all around himself – hosting extravagant dinner parties and sailing the bay in his home-made sailboat filled with “dancing girls”. Varda created art with whatever was on hand, turning scraps of worthless paper and fabric into ethereal cityscapes.