The Superestudio members are graphic designers, but they are also curious filmmakers who produce their own movies. And they also belong to a punk band. And they play awfully, but they like it so much. They embrace surreal; therefore they live their own lives like a surreal dream.

While the country was going through one of its worst crisis, Ezequiel Rormoser created a graphic design studio, along with Laura Doctorovich, the girl. 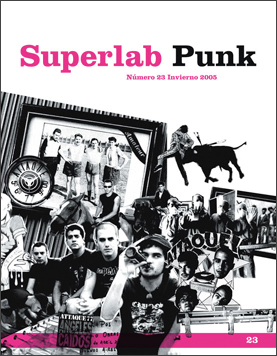 They began editing Superlab, an independent mag which combined modern aesthetics with interesting content and a superb packaging, different for each issue.
They stopped editing the magazine because “we are putting our non lucrative creative energy in making short movies and animation films, we’re experimenting”, Ezequiel says.

But the weird thing about this group is the combination of their commercial side and the anarchist side who fights against the system. They are building something which at the same time they want to destroy. They make videos with people expressing their anger against televisions, and they make movies of frustrated people who are not comfortable with their 9 to 5 everyday job, people who live their lives in hell. 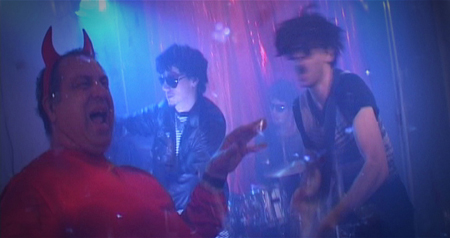 Marcos Torres and Ezequiel Rormoser met while they were studying in college. They were friends and soon after that they became partners. Marcos works mostly in video and he’s studying filmmaking. Ezequiel studied graphic design, but he’s more of a self-taught.

It seems they’re having fun, always. Every time they showed something in a festival, they won a price or a mention. They talk about this in a relaxed pose, almost as if they didn’t care. “We need to work on our independent projects, if not, we couldn’t be working for trademarks either”, Marcos says.