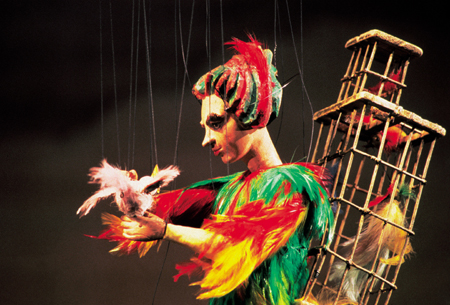 January 2006. The atmosphere in the snow-covered city of Vienna is tense. While a court ruling forces Austria to return five paintings by Gustav Klimt to the legitimate heir of a Jewish family, one of the world’s most important works of art, the Saliera, reappears on the scene two years after it was stolen from Vienna’s Art History Museum. And it’s damaged. However, something cheerful is going to smooth the wrinkled bows of Austrian politicians later this week: Austria is getting ready to celebrate the 250th anniversary of the birth of one of her most distinctive and world-famous composers: Wolfgang Amadeus Mozart. 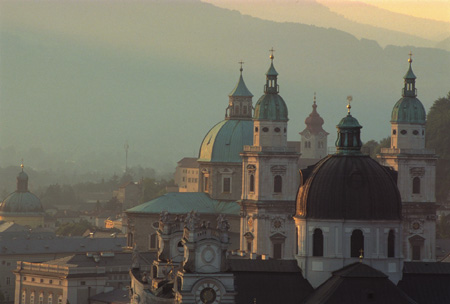 Mozart, the boy genius, was born on 27th January 1756 in the city of Salzburg but left for Vienna at the age of 25, where he spent his most creative and most successful years. Accordingly, this year Vienna, like Salzburg and many other cities, has a full calendar of performances. The composer’s works can be heard at concerts throughout the city and many of Mozart’s operas will be staged by world-renowned performers.

However, not only the music world has been working itself up into a ‘frenzy’ for Mozart’s 250th anniversary. Creative spirits in many different fields seem to have seized their opportunity: a Mozart perfume was created, Mozart tea and Mozart cake are offered in our coffee houses; even Mozart sausage, Mozart beer, and Mozart wine range among the most favourite products in our supermarkets. If none of this omnipresent Mozart memorabilia is to your liking you might still try ‘Mozartkugeln‘ or ‘Mozart balls’. A ‘Mozartkugel’ is a type of ball-shaped chocolate-coated confectionery, consisting of a core of pistachio – and almond-marzipan, with an outer layer of nougat coated with bitter chocolate … but bear in mind that 100g of Mozartkugel are equivalent to 520 kcal…