I first met Danny Brown at the Madrettor conference in Rotterdam during the fall of 2002. The first thing I remember thinking was “Holy shit, it’s Danny Brown from Noodlebox”; the second being: “…we wear the same Prada sneakers!”

In 1997, Daniel inspired a new generation of web artists and designers with the introduction of Noodlebox. During the stodgy experiences of early interactive design online, we were surprised with playful, innovative, moving… just beautiful works, primarily using Shockwave. He didn’t stop there, and before we knew it Danny brought us ‘Bits and Pieces’, Play/Create, and was an integral part of the Nick Knight’s SHOWstudio.

The next time I ran into Danny was during the OFFF 2003 event in Barcelona, Spain. It was on the closing night that Daniel was injured in a swimming accident-leaving him without use of his legs and limited use of his arms and hands. Nonetheless, he continues to work and captivate us. In 2004, Daniel won The London Design Museum‘s ‘Designer of the Year’ and is currently evolving Play/Create into a company.

At what age were you introduced to computers; what sort of influences and interests helped form your development in computational art?

Well, ahem, I was given a bit of a head start. My father actually founded Digital Pictures, which was one of the world’s first companies producing computer graphics for television. They had a big computer, size of a room, with a massive 2 megabytes of RAM or something. I knew then it was the future, and that soon every city would have its own computer.

I was first introduced to your work via Noodlebox, many years ago. Can you describe what initially drove you to publish a personal site and the ideas you were exploring with it?

Back then people were still doing very static HTML sites and maybe having the odd java or shockwave ‘spinning logo’ in the corner. I realised that by actually putting the whole site in Shockwave, you could create a much more immersive environment; you could show animations while data downloaded, and in fact you could download data in the background so users wouldn’t even have to wait… That way you could make the web much more like television, or a computer game.

During that time (Noodlebox), you were with Amaze. Was there a relationship between the Noodlebox projects and your work at Amaze?

Not in the beginning. I worked on noodlebox on my own for a long time before showing it to my bosses at Amaze. But they immediately saw the potential and gave me some time to finish it. It immediately struck a cord and clients such as MTV really liked it, so from then on, yes there was a relationship between noodlebox and the projects I worked on.

Eventually there was a departure with your personal works from Noodlebox… and we were introduced to Play/Create. How was Play/Create different from Noodlebox and what drove you to create something new, rather than just another version/issue of your old site?

As I’ve said, once noodlebox launched, it was both mine and Amaze’s baby, so when I eventually left Amaze, I naturally wanted to set up something new. Also, when I created noodlebox, it really was an experiment and wasn’t intended to have an identity itself. So I named it noodlebox, but I didn’t see that as a ‘brand’ I would want to work under. Play/Create seemed much more appropriate – the idea that by playing with interactive systems the user can actually be creating or achieving something. 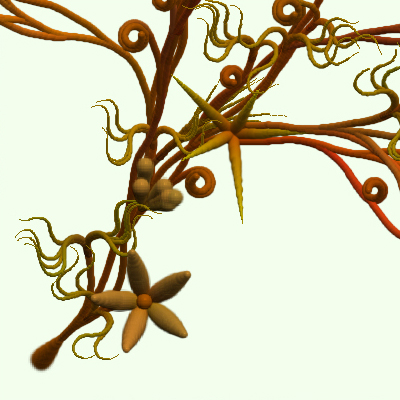 When and how did the opportunity to join Nick Knight’s SHOWstudio occur? Were there challenges, especially during the beginning, working with people from more traditional backgrounds?

In the wonderful way London is, when I left Amaze somebody’s sister’s boyfriend’s mum’s best mate told someone and within a few days Nick’s team had contacted me and asked if I wanted to work with them. I couldn’t decide at first as I had intended to work part-time for a while.. But then Nick invited me to his house to explain his vision for SHOWstudio – and I didn’t want to miss such a great opportunity.

Collaborating with artists and designers from different fields at SHOWstudio isn’t so much a problem – there’s very much a mutual respect between different fields. About the same time I started there I had got to a point that I realised I’m not the best graphic designer, video designer, musician or photographer… and I realised that to produce better work I had to collaborate and myself specialise in interactivity and technology. Some of the work I’ve done with Nick Ryan and Mark Bell (LFO) for example, I really think it’s their music that makes it special. Working with Nick for Dazed and Confused ‘Come as you Are’ piece, was really seeing magic – that project simply couldn’t have been done without so many dedicated people.