It’s a bold move to have your first ever issue with a cover that simply says, ‘This is not a music magazine’. But That Dam! magazine is exactly the sort of publication to be able to get away with it. The independent bi-monthly Amsterdam-based magazine, covers music in the broadest fashion whilst cheekily indispersing it with stories, photos, art and graphic design. 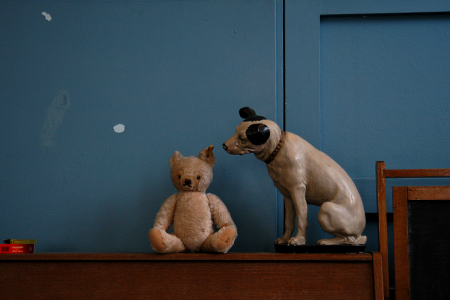 Housed in a disused ballet school studio, it’s run by two men – Bas Jacobs (29, musician, teacher and part-time poet) and Bas Morsch (31, graphic designer and musician) – who have watched their little baby grow and develop. That Dam! started off nearly one and a half years ago, after the two Bas’ dissatisfied by the slowness of things happening in Amsterdam, decided to kick start an idea they had for a magazine. 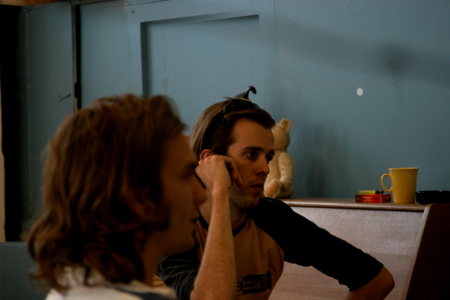 The readership was there as the lads had, through years of living and playing music in Amsterdam, gathered quite a collection of artists, musicians and general freaks around them. They made one issue and put it out in the city to see the reaction. It was good. This inspired them to do another and now on their 7th issue, the magazine has developed a reputation for honest, original and interesting content. 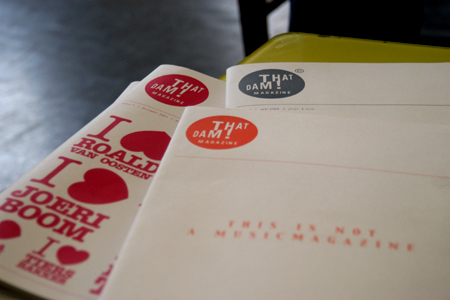 One of the things that characterizes it, is the emphasis on using various contributors within the magazine, whether it be for writing, illustration or photography. This is so important to both Bas’s, that they even suggest they might introduce a rule whereby you can’t contribute to subsequent issues, ‘It’s really vital to stay fresh and original. Only by allowing new people to get involved, do you avoid the risk of ending up appealing to the same crowd every time.’