A group of fourteen foreign people has arrived into the cultural scene, they landed at the Centro Cultural Recoleta and they are intervening the white walls as if they knew exactly how to. One of them is disguising the humidity by adding glued paper all around the stains. One boy has played with painted spoons and plastic glasses, creating a surreal scene on the floor. Another one has projected a drawing on one of the walls and then worked on it. Two of the girls photographed a whole day in Buenos Aires, performing a sort of dialogue through their images. The others came with little sculptures, more photos and paintings. Everything is there, inside a not so big room. Somehow, the place looks bigger; it is colorful and reflects its own light, with art pieces that surely speak by themselves.

The Argentinean one, Gabriel Glaiman, who’s a painter himself and shows his own work here, too, was the person who brought the group to Buenos Aires. 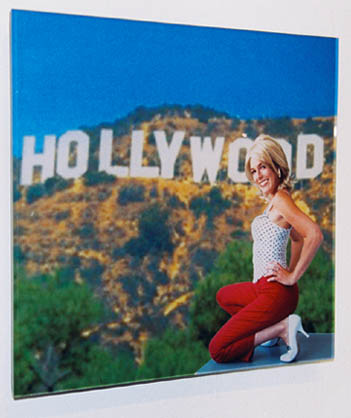 How did it all begin?

Gabriel: We have a friend who used to have these lovely Italian dinners at his house. He invited all of us and somehow we got along very well with the people in our course, so the idea of the exhibit came up. I was offered the show here in February and I told them to come. We were all studying a post graduate course in Fine Arts in Central Saint Martins College of Art & Design of London.

Were you all friends?

Saskia: We were kind of forced into friendship, out of pure loneliness.

Sigbjorn: Yes, there wasn’t too much space, so we used to work really close to each other. 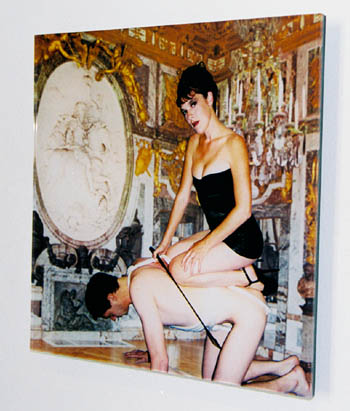 Tell me about your individual work.

Sigbjorn: I work with installations and painting. The concept is the representation of nature; I try to depict a way of looking at nature through art. What I’m showing now at the museum is based on a tiny drawing that was projected on the wall. I wanted to see the traces of the pen in a big scale. It changes the landscape but is still very accurate. It’s about bringing one place to another place.

Your general project is to do that: bring one place into another place, right?

Gabriel: Yes, or traces, as he said.

Saskia: For me, it isn’t really a place but a persona. My work is about the invention of persona. It is very Los Angeles, though. My place is no place. Most of us have that in common, we travel a lot, we have this journey we take through our lives. Everyone in the group is nomadic in some level.

Sharone: Martina and I are showing here a part of a project called “Daying”; it’s about a conversation within photos. It’s our second year together. We teach each other because we see things in a different way. We go through the same experiences during one day and then show our two points of view. We wanted to do something about Buenos Aires and we happened to be around. It’s very interesting to communicate to people who know that place we saw. It’s fertile for us to see what local people think about what we saw, and for them it is also interesting to see their own place through fresh eyes.