FAD is a magazine about art and the boundaries of art. 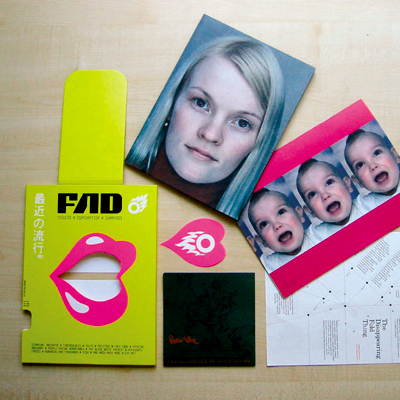 This new publication is the brainchild of designers Dan Sumption and Mark Westall. More than a magazine, FAD is a collectable outer sleeve, containing a package of ever changing contents: single sheets, posters, cards, booklets, CD covers, origami objects and sleeves-within-sleeves. 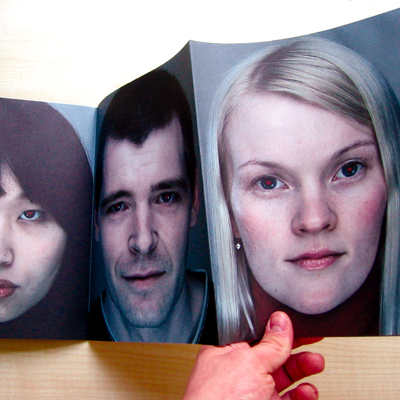 FAD contributors include a wide range of artists/non-artists, musicians/writers, and punters. Every issue, the contributors consider a single theme, picked at random by FAD. They can respond to the theme in any way they like, and so define that issue’s format. FAD contributors experiment with presentation, message and delivery. No two issues are the same.

The third issue of FAD deals with the subject of “Consumption”. The issue includes articles such as “Blair Waste Project”, “From Pheasant to Faeces” and artworks “The Last Supper” by Think1 and “The Mechanics of Destruction” by Radioboy. 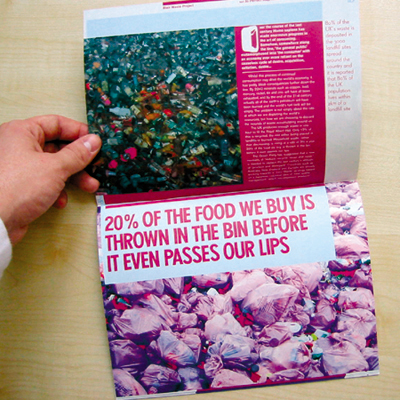 I spoke to the art director, JC, about the new issue and ideas behind the design. The pages are presented to run vertically, parallel to the fold, questioning the notion that all magazines should be presented in the same orientation. Each page is largely monochromatic, consisting of tints of one colour. The first page is printed in 100% magenta, and as you go through the magazine, the page colour gradually shifts in hue to 100% cyan, in effect a 30 page graduation. The photography on each age is tinted accordingly. In the bottom corner of each page are tiny acronyms on the word FAD, such as “face another diagonal” and “float and drown”. Also there is a tiny ‘flick book’ logo animation in the bottom right of each page.