Until 1999, a branch of Guggenheim Museum, Guggenheim Soho, was located on the corner of Broadway and Prince Street in downtown New York. Sometime that year, the display windows of the museum that faced both streets were suddenly closed down and were then replaced with scaffolds that held a logo of a certain conglomerate. The logo read “Prada.” 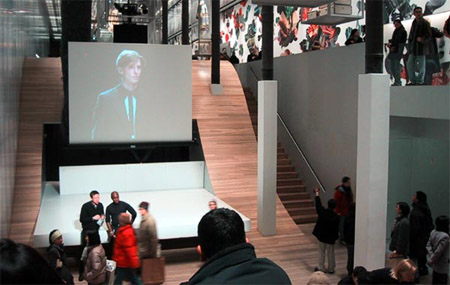 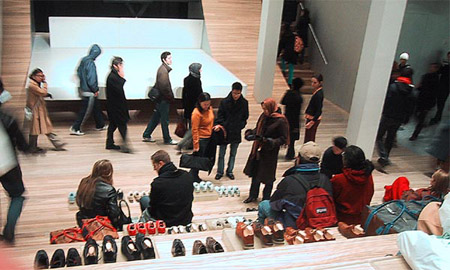 The brilliance of Rem Koolhaas, the architect behind the new Prada store in Soho, and his client Prada is that they realized this shift and embraced it.

Upon entering the store, a set of huge mannequins welcomes the visitors. Behind them is a curved slope that cuts through the center of the store, blurring the floors of the building. One side of this slope behaves as a set of display shelves while providing seating areas for shoppers/spectators. On the other side is a stage area that can hold a fashion show, or even a theatrical event. During the day, the space is a commercial space. By night, it transforms itself into a cultural space.