A somewhat new way of looking at gay. Two new ‘cult’ style magazines from which BUTT surfaced for the first time around May 2001. This January there has been the launch of a sister magazine called KUTT, meaning cunt in Dutch. BUTT was founded by Jop van Bennekom and Gert Jonkers. After having a dinner with the BUTT guys, KUTT was founded by three ladies, Jessica Gysel, Martien Mulder and Marjolein Rams. Resulting in a lesbian or should I say feminine version of the very male and homosexual BUTT. 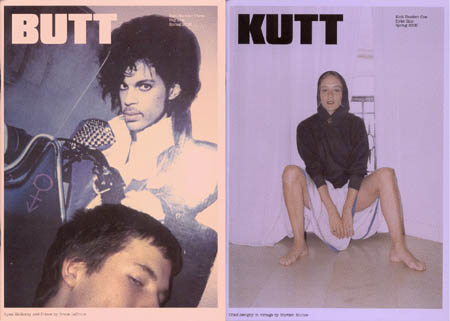 Both magazines carry an interesting mix of interview style articles combined with saucy pictorial sections. Although the content seems strictly gay it seems to me a straight person can find some interesting items as well. Especially in the way the two magazines are designed there is a nice flavor of what is the new way of contemporary magazine design. It feels a bit like we’re dealing with two somewhat raunchy and low-circulation cult magazines from a time long forgotten but make no mistake, these are the coolest in gay and design. 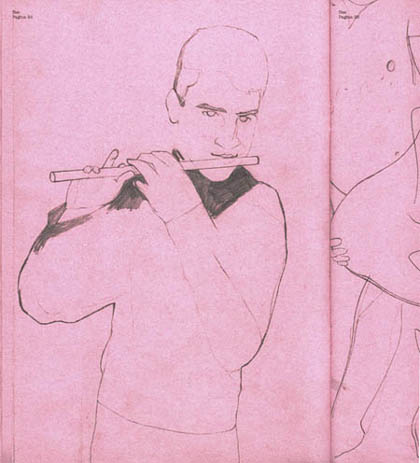 They are two non-glossy magazines that focus on people, not products. Reading the interviews is a bit like meeting the actual people. They can be world famous or totally and eternally unknown, but they’re always inspiring and exciting. In order to give you a better idea what these magazines are about I have decided to take a similar approach as BUTT & KUTT to information gathering. A short interview with Jessica & Gert by email as plain and direct as possible.