The title of the exhibition says a lot about its idea and contents. With the globalisation of certain technological proposals, interactivity, new materials and supports, appears a new kind of design. Proposals that, often, explore our current way of life, they question it and modify it in order to adapt it by means of clever appeals to the new technology environment that surrounds us. 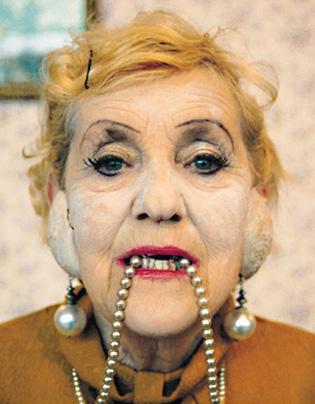 This exhibition commissioned by the designer Paco Bascunan is a journey through the works of Spanish and foreign designers, that, in one way or another, have marked out a before and after as far as design and communication are concerned. The participants: Tomato (UK), Snowcrash (Sweden), Martin Azua (Spain), Kyle Cooper / Imaginary Forces (United States), Alberto Martinez (Spain), Hector Serrano (Spain) and Droog Design (Holland).

As far as the patriotic vein is concerned, we are going to comment on the projects by the Spanish participants that have been chosen to display their works in this exhibition. 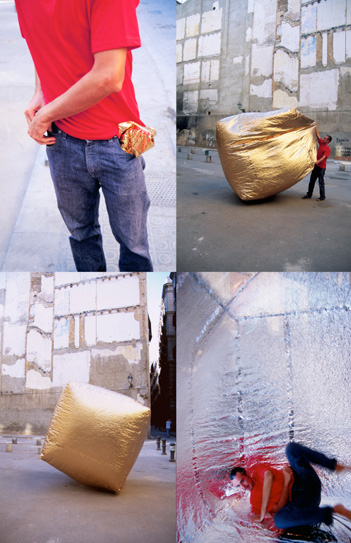 The Spanish designer Martin Azua displays his project “Casa B‡sica” (Basic House). An easy-to-use house, almost ethereal, that can be inflated with our body heat or the sun. The golden side protects from the cold, the silver from heat. The house is really a 2x2x2m cubic balloon of metalized polyester that can be easily folded up and carried in ones pocket. Ideal for any kind of extreme situation. It could be the ideal solution for all refugees, displaced people and other victims of the various wars that are sadly still taking place around the world today. 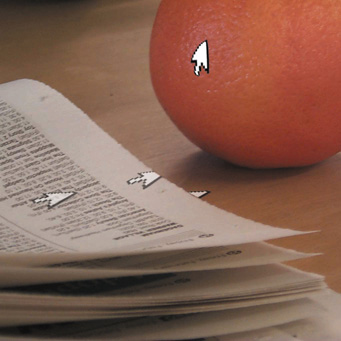 Alberto Martinez, the second of the Spanish designers chosen for this exhibition has been awarded two important prizes: The first prize for investigation, The Helen Hamlyn Research Centre in London, and the Kokuyo International prize year 2000, in Tokyo. His project is called “Arrow Project”. The idea is to take the arrow or cursor that appears on our computer screen when we move the mouse, to the outside. Yes indeed, outside the computer, and to study the interaction that would happen between the people and objects that we find in our home. Alberto Martinez has grouped these kinds of interactions into three main groups: interaction with electrical appliances, for example, it would be sufficient to point on the desk lamp with the cursor and by double clicking it would be turned on or switched off. The second group refers to Internet applications, for example, by pointing on a magazine that we have on the table, its web page would automatically appear. And the third would apply to people and feelings. The idea is that(giving another example) by clicking on a memory of some trip that we have on the table, images of this would appear on the screen. Or another that comes to mind, by clicking on an item of clothing of a loved one, we could get in contact with them immediately, for example via email. This idea could have many and varied applications. 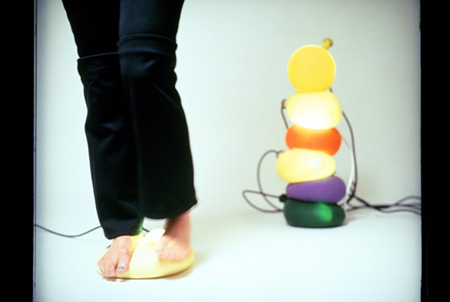 Hector Serrano, the third Spanish representative, exhibits two of his most successful creations: el Bojito La Siesta (The Siesta Drinking Jug) and la L‡mpara Superpatata (The Super Lamp). The first is a variation of the typical Spanish Drinking Jug (the traditional container to keep liquids cold). The second is a lamp that can be crumpled up, used as a cushion, pillow or anti-stress object. Furthermore, this lamp can be stacked. It is made out of latex, salt and a fluorescent lamp with controllable light intensity.

Worthy of mention, amongst the international proposals, is the collection from Great Britain, Tomato, who has carried out an exclusive work-installation for this exhibition. Two huge murals that are like work in progress, and that invite the public to participate in the work.