Most of people, probably know David Sylvian for the unforgettable voice that illustrated “Forbidden colors” the song by Ryuichi Sakomoto, the soundtrack of the motion picture “Merry Christmas Mr. Lawrence“. Other people know him for being the ex-Japan singer. But Sylvian is far more than that. He’s maybe one of the best song writer for ages. He’s able to conjugate the elegance of his compositions with introspective lyrics.

Five years of silence separate us from “Secret of the beehive” to “Dead bees on a cake“. A metaphors that hides the truth of David Sylvian; the quest of the perfect song slowly becomes the quest for purity for him. We met someone that have just realized the symbiosis between his art and his spiritual evolution. A great encounter. 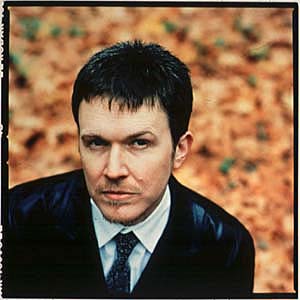 There’s a legend about your work. It is said that you are really a perfectionist and that your record company is always obliged to steal your tapes before you finish your recording. Is it true or not?

(Laughs) Am I a perfectionist? Yes I am! To a large degree. At least that’s everybody tells me so I’m beginning to think it’s true. What is happened in the past is that I worked on material for as long as I possibly can until the budget for the recording has basically run out. At that moment in time I have to make the best of what I have to hand. It’s not always the album that I have intended to make that finally gets released. For example “Secrets of the beehive” there’s pivotal, a center piece of the album that is missing. The pivotal compositions if you like around which the others revolved.

And it was never completed in time. Sometimes I feel that the work has to be reconstructed in some way. They are incomplete as far I’m concerned. I’m not giving the opportunity to finishing them. People often willing to let me great a financial assistance to complete the work. So I accept that fact sometimes it’s pretty difficult to let your work go when you know it’s not a 100 percent there for you. But it gains a life of its own. You know there are people that think “Secrets of the beehive” is my strongest album, most personal album and people who like to in a very intense way I think. It works on some ” ” but it wasn’t my original intention. My original intention was not a different album but as I said the pivotal center point is missing and one day I would like to reconstruct the album as I originally intended it.

And I can say that about other projects I’ve worked on I find they are incomplete some degree. It may just be a remix that I wanted to do, I wasn’t happy with a particular mix either a particular track. But nevertheless I would like to always been able to see the project through to the end as I have done with “Dead Bees On A Cake”. I’ve taken my time there was no financial constraints. I could just keep working until I would felt I was happy with it.

Who can give some advice to tell you that your work is quite finished?

Nobody I make that decision myself.

Did you find the “Secret of the beehive”, could it be Death?

For me it was more of a, I guess, a sociological phenomenon. Like the Iraqi at the beehive. I guess I was thinking more in terms of having spiritually… To politically it is. It’s just a concept that appeal to me and somehow inform the work that I was making at the time. So it’s not something that I’m personally going to find. It’s certainly something you embrace in your own life. And you can recognize somebody, something or someone or some God or however. You wish to interpret your own life as the object of your devotion as something that represents the goal. That’s the way I try to adapt it in my life.

And what about the concept of death? The fact that you find “Dead bees on a cake after “The secret of the beehive” Is it a positive way to interpret death, like the idea of rebuilding something or improving your knowledge of life?

In the context of the new album, the metaphor of the bees changed. I lived with the title for sometime I didn’t really understand the significance until later on to the out of stage of the recording process. The album was dealing with the things of love and devotion and divine intoxication. I was looking for a title that reflected that but not in an obvious way. I didn’t want to be dogmatic about it. I found that the title of the album began to represent that for me in some oblique way. The bees began to represent the eagle and the cake the object of desire. And so it’s the eagle that’s dying and merging with the object of desire. This is a concept that spoke over a great deal on a spiritual path. You can find it on many texts as being the ultimate goal, the liberation from the eagle. That’s what it began to represent to me.

Is there an important role of the lyrics. Do you work more on lyrics or compositions?

They are all equally important. I don’t place one about the other.They are very much apart of one another. I don’t like to separate them.