The Guest List is a magazine / audio CD / CD-ROM based in London and focused on clubs, fashion, film, books and art. Chucky, the editor talked about the project which is now in its third year.

I asked her about the format.

Chucky: Format has always been a big issue for us. When we started we were just a pocket sized magazine; there was no CD-ROM, it cost a pound.

At the end of last year the magazines that were doing similar things to us started to make their magazines A4. The magazines were free and they started to charge. Naturally we felt that a change was happening. We were already charging so we didn’t need to do anything on that score. We didn’t want to be A4 because people liked our magazine because it was small. We introduced the studio downstairs last year and we were already producing multimedia stuff for clients, so we thought using this resource was a perfect way to expand the magazine. As well as reading about the film they might want to see they could also actually see a clip of it; if they read about an artist they could also hear the records.

Magazines have often had cover mounts but Guest List always put out an audio CD with the magazine.

The basic idea behind a cover mount is that it’s a marketing ploy. If your magazine isn’t doing very well you put a free CD on the front and hopefully people buy it cos it’s a bargain. That isn’t what we’re trying to do; we want to give another dimension to the things we’re writing about. 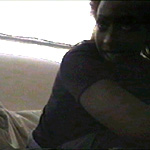 The package exploits the three dimensions, building a relationship between the parts, making the contents come alive. The CD audio part is reviewed by the magazine and CD-TV part which also possesses clips and other material best represented in a timebased and interactive environment.

The result is that the editorial ceases to be classic journalism which is basically a translation of experiences or thoughts into words and is instead an enhancement to the experiences that the reader / user gets first hand. This is what CD-ROMs were always supposed to be but so seldom are.

The format is so obviously right for the subject matter but as the first of a kind, presumably it wasn’t easy getting it accepted by the readers / users, let alone getting it on the shelves.

If we had launched this product at first we would have had enormous problems because we fall between magazine and audio. We initially launched specifically as a magazine and we did have enormous problems with the distribution of the magazine originally because of its size; it didn’t fit in a normal distribution bundle. We couldn’t get them into major chains as they had to sit on the counter because of the format. We were in Seven Eleven to start with. Then we had a lucky break after six months, we got it into HMV in Oxford Circus. They took some copies and sold 150 of the first issue that they sold without any advertising and the managers thought, “This is going to sell.” So slowly we put it in five HMVs in central London and before long it was doing 600 copies. Then the rest of the country came onboard with HMVs and Virgin stores. The distribution of this product (the CD-ROM/ magazine /audio CD) is easier because it’s £2.95 so there’s a bigger incentive to sell it as they get a lot more money back on it than the £1 product we were doing in the beginning.

Where I think The Guest List has been particularly clever is in the balance between the content of each part. The magazine is enough of a reason to buy the package although the other sections are also substantial enough to warrant the expense. Basically if you don’t have a computer you can read the mag and hear the tunes and if you have a computer at the ready you can see the rest.

I think it’s ahead of it’s time. If you work producing CD-ROMs and you work in the media industry, you get immune to what the rest of the population is doing. You think that the things that are enormous in the media industry are enormous everywhere else and they’re not. We get a lot of people phoning up about the magazine and they were saying stuff like “This product is Fantastic,” and I’d say, “Which part of the CD-ROM did you like the best?” and they said “Oh no we haven’t seen the ROM yet, we just like the box.” We still get that. Lots of people thought it was a playstation game and we got tirades of angry phone calls form people.