In the residence spaces as only can be found in Kyoto, you would rarely see world recognized crafts of modern art at such a close distance. This is the 3rd year for Cho Kyoto. Following the 1st “modern art @ the residence of Sugimoto” and the 2nd “modern art @ Higashi Honganji”, this time the show was titled as “modern art @ Kyoto’s Traditional Houses”. Staged on 5 model residences built with local materials and traditional techniques from Kyoto, people could enjoy the collaborated space with artworks selected from 7 international galleries. 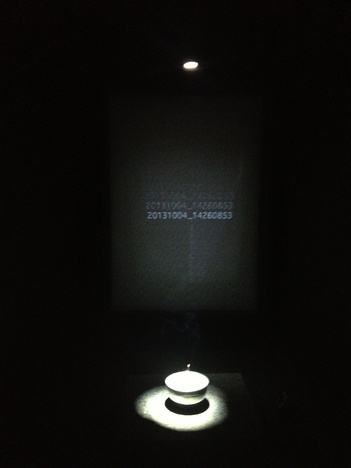 Izuru Mizutani (Yoshiaki Inoue Gallery) is an artist who mainly introduces work composed with plane and cube, and installations using light, images, and water. In a Japanese style room, the flute sound echoed silently and you could light a stick of incense. Beyond the smoke, enumeration of numbers which increased regularly was projected on a LCD screen. Pale images were screened on the 3 fusumas on the right side. These were the digital images of reeling incense smoke. Incense is a material, and the numbers meant the time of the moment. These things were alive in each moment of time as smoke and finally changed to the definition of sign. 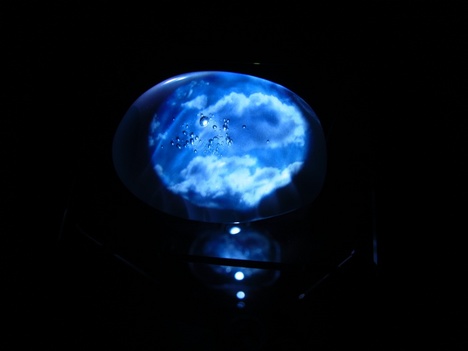 The transition of crowds on a glass with water. These images were the same, but changing moment by moment. You could see the process of how a projected bud became a flower and bloomed, but then gradually fell and disappeared. The common theme in this installation by Izuru Mizutani was the concept of “from life to death”. Using light, glass, and images, his expression was very beautiful. 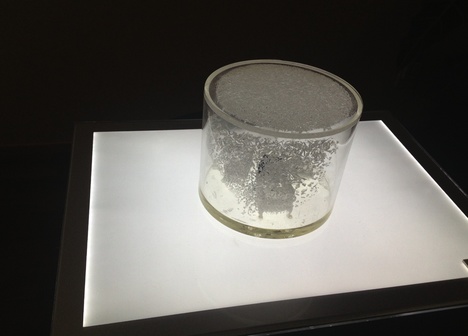 There were works by 6 artists including Makoto Aida and O Jun from Mizuma Art Gallery. In particular, the work by Aiko Miyanaga used naphthalene and had a character of sublimation. Other than daily objects shaped with naphthalene, there was an installation with salts. After the naphthalene was sprayed, it gradually sublimated and turned into crystal. One of the artworks was a chair which was also changing and recording the passing moments like a recollection or memory of past days. 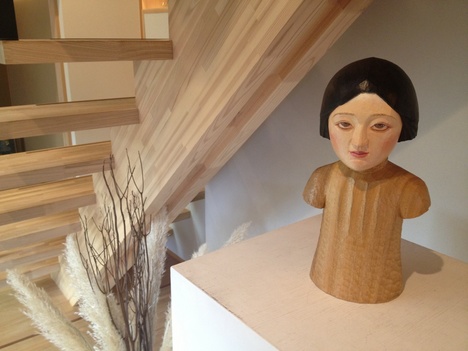 Modern architect Koji Tanada has been consistently tackling wooden sculptures. The most famous piece is a wooden sculpture made by a traditional Japanese technique and is called “Ichiki Dukuri (made from one piece of wood)”. These “boys and girls” with their strong looks seem to appeal something to us. 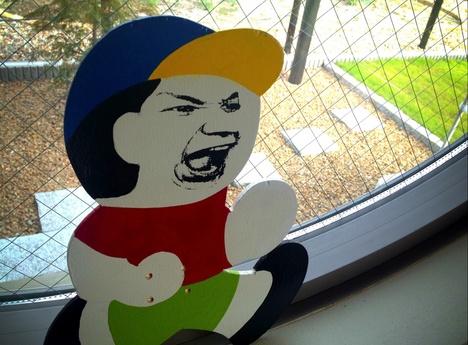 A playful work by Shun-ichi Ogawa was introduced by Matsuo Megumi + Voice Gallery. Also produced in Kizugawa Art 2013, this installation called for the attention of watching out for children. Boys springing out with surreal facial expressions were based on the face of the artist himself and each one had a different variation. 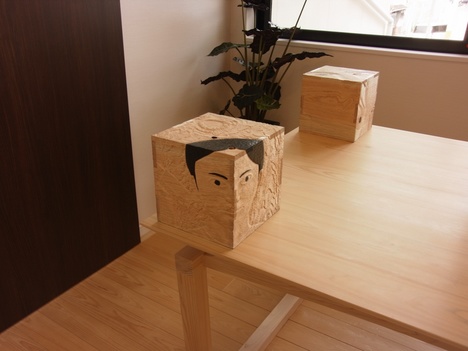 There were exhibitions by well-known galleries like hpgrp GALLERY TOKYO, Imura Art Gallery, Mori Yu Gallery, and Koyama Tomio Gallery as well. As a special exhibition, you could also see “Anmoku Chi” (tacit knowledge) made by 9 students from the Kyoto City University of Arts. We would like to hope that the artworks launched from Kyoto will make inroads into the world as leaders of the coming era. This show will be held next year with the Kyoto International Art festival 2015. The further development of modern art and crafts is to be expected.