There are various ways to express the word “tattoo” in Japanese kanji. In Japanese, “irezumi” is the word for “tattoo”, and you can express it in 7 or more different words written in kanji characters. In addition, there are various purposes for tattooing, as a decoration, as a punishment, as a belief, as a symbol of status, as a custom and as identifying oneself to prove one’s occupation. There is nothing surprising about the diversity of tattooing in its both purpose and expression. Continuing since about the 3rd century, tattooing in Japan is a tradition that has been developed over a long period of the history. Moreover, there are a variety of the pattern of motifs for tattooing; carps, tigers, mythical animals such as dragons and phoenixes, flowers such as Japanese cherry and chrysanthemum, and the Buddhist motifs like Amitabha Tathagata, Bodhisattva and Siddham script (Bonji). From the traditional motif to the pop illustrations, anything seems to go in these modern days. 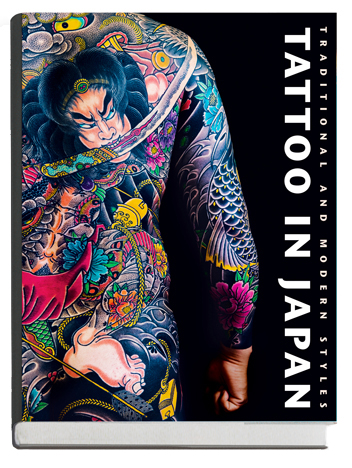 Amazed by the beauty of the Japanese “tattoo”, one of publishers in Germany has released the large, thick and heavy book, “TATTOO IN JAPAN“, showcasing the traditional and modern tattoo in 4 different areas of Tokyo, Chubu, Kyoto and Osaka, Japan. Creating this book have them driven to promote Japanese custom tattooing on the level of fine art and also to introduce the highly diverse styles of tattooing in Japan today to the world. 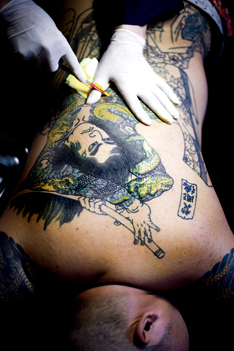 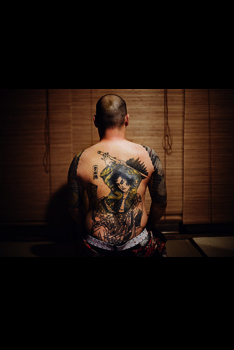 One of the tebori (tattooing by hand) masters, Horitoku explains in the book that as far as he knows, there might be only 3 of the tebori tattooist in Tokyo. The number of “masters”, who can follow their experienced craftsmanship in the future, have been decreasing not only in the fields of traditional arts and crafts, but also in the tattoo world. “TATTOO IN ART” starts its page with photographs of the Horitoku’s studio work and his tattoo “works”. You will recognize his powerfulness as a tattoo artisan in his eyes when tattooing. At the same time, from his sedate and warm looking, you will find a mixture of his pride as a tattooist and his love to his tattoo works. Inserting colors under the skin little by little for a dark-color-outlined dragon is likely to breathe life into the lying dragon. 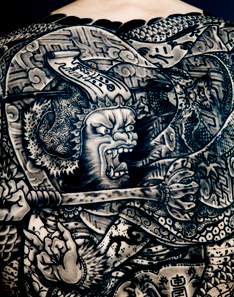 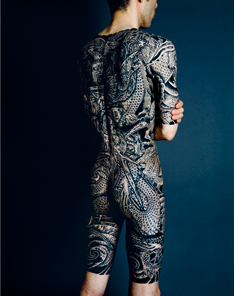 Each people’s skin is a canvas for showcasing the vividly highlighted pattern of tattoos. In those patterns, shooting in close-up, you are able to see artisan-like exquisite details towards their “representation” of the tattoo works. Turning over pages, it seems each vibrantly tattooed portrait shows both inside and outside of his/her “pattern” of life. 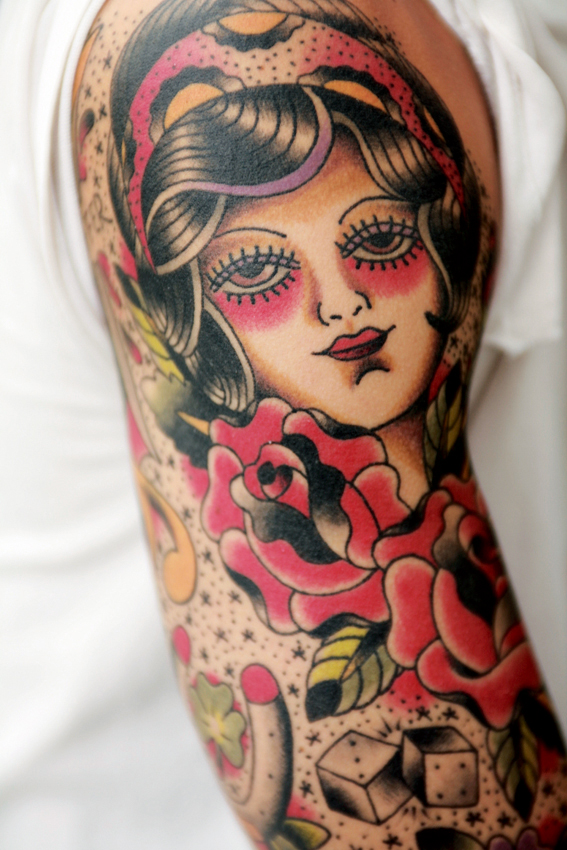 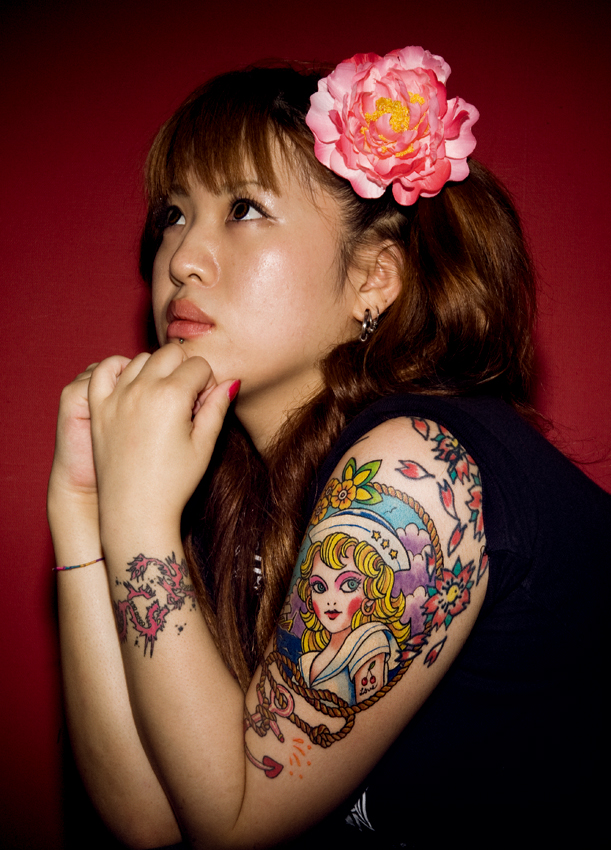 It has taken for few years to report and compile for a book, “TATTOO IN JAPAN” including bold colored photographs from Tokyo’s traditional tattoo by the tebori master to Osaka’s more pop and fashion-oriented tattoos which are intended to be “shown” to the others, and tattoo patterns from the head to the toes, and furthermore to the entire body. You will fully enjoy more than 200 tattoos, reflecting the modern tattoo culture in Japan.