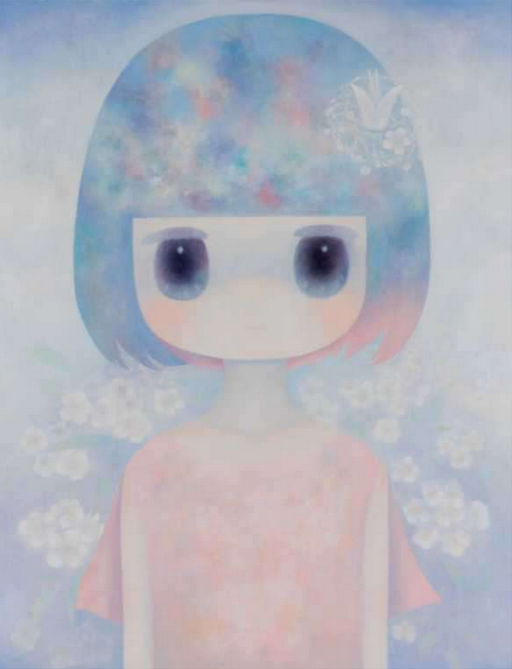 Signature girls with large eyes have been a projected image of herself, ob’s exhibition “Spiral and Spring” will be held at Kaikai Kiki Gallery from March 10th to 24th, 2020.

ob debuted at the age of 18 in 2011, when a new generation of artists who had emerged with the rise of social media were gaining attention in Japan, and she was one of the leading figures of the up-and-coming generation.

Recently Kaikai Kiki were given the chance to collaborate with Netflix, and the works of ob were used during the shooting of their upcoming drama series “Followers” directed by Mika Ninagawa. Within the drama, ob’s pieces are displayed in Kaikai Kiki Gallery as the works of female artist Sunny played by KOM_I.
This exhibition is a recreation of the atmosphere of the gallery during the solo show within the drama.

※An Instagram live feed will be streamed from the gallery space by Mika Ninagawa, KOM_I, Takashi Murakami and ob on March 7th.