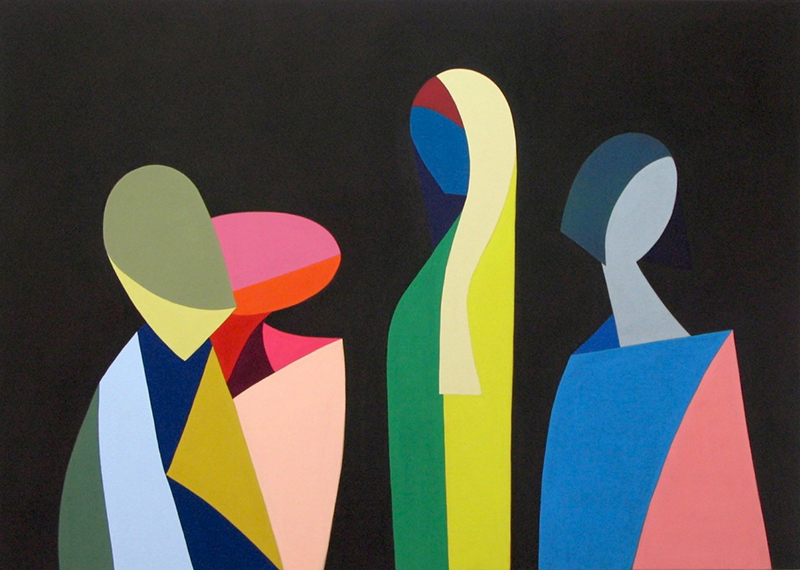 From 22 February, an exhibition “our time” by Teppei Soutome will be held at three locations in Tokyo – Aoyama Meguro (Nakameguro), void+ (Omotesando) and NADiff a/p/a/r/t (Ebisu).

Since his first exhibition in 2007, Soutome has released paintings combing three-dimensional artworks, photos and videos. This time, both of his new works and old works will be exhibited at the same time at different spaces.

A portrait series that he has continuously worked for many years will be exhibited at Aoyama Meguro. Videos and shaped canvas paintings which were presented at Liste Art Fair Basel last year will be exhibited in void+. On the other hand, NADiff a/p/a/r/t will exhibit his new paintings, objects and multiple editions.

During the exhibition period, the opening reception will be held at Void+, performance shows will be at Aoyama Meguro and talk events will be hosted at NADiff a/p/a/r/t.