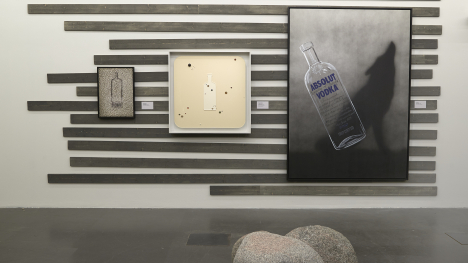 For this summer’s art exhibition, Spritmuseum presents “Absolut Art Collection – The Wilder Side” the new exhibition held in Stockholm from April 21st to September 9th 2018.

Artists from all over the world have interpreted the iconic Absolut bottle. They were given free hands with few restrictions, and surprisingly many looked to the animal kingdom – from worms in the earth to heavenly creatures. An exciting selection is now on display, such as Maurizio Cattelan’s hungover mouse, Louise Bourgeois’ spider, and Ed Ruscha’s howling wolf.

The works in the Absolut Art Collection have formed the basis for global advertising campaigns. When the Swedish government sold its beverage company Vin & Sprit AB, including the Absolut Vodka brand, to French Pernod Ricard, it was established that the art collection was part of Sweden’s cultural inheritance and should not be included in the sale. Instead, it received a new home at Spritmuseum in 2008.