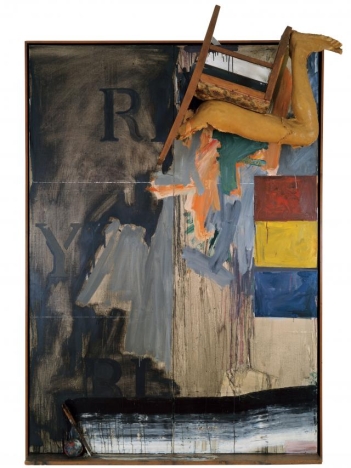 A landmark exhibition, Jasper Johns: Something Resembling Truth features more than 120 extraordinary paintings, sculptures, prints and drawings by one of America’s greatest artist. Featuring signature works from the Broad collection with loans from more than 50 international public and private collections. The Broad‘s presentation marks the first comprehensive survey of Jasper Johns in Southern California in more than 50 years.

Jasper Johns was born in Augusta, Georgia in 1930 and raised in South Carolina. He moved to New York in 1948 and returned in 1953 after two years of service in the U.S. Army. Johns’ works became widely known after his first solo exhibition at the Leo Castelli Gallery in 1958. Over the course of his career, he has collaborated with an array of other artists, including visual artists Andy Warhol and Robert Rauschenberg, playwright Samuel Beckett and choreographer Merce Cunningham, serving as artistic advisor to the Merce Cunningham Dance Company for over a decade. The artist currently lives and works in Sharon, Conn.

A collaboration with the Royal Academy in London, Jasper Johns: “Something Resembling Truth” traces the evolution of the artist’s six-decade career through a series of thematic chapters, encompassing the full range of Johns’ materials, motifs and techniques.