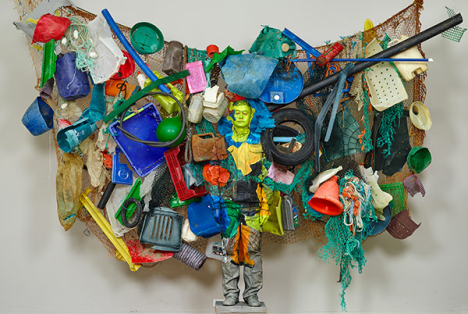 Revealing Disappearance witnesses the artist’s engagement on environmental issues. Since the beginning of his career, ecology has been a central topic of Liu Bolin’s artistic production. In 2011 he braved the polluted waters of the Yellow River in one of the most industrialised regions of his country, two years ago he organised a collective performance at the edge of a large artificial forest aimed to stop the spreading of the Gobi desert in the Northern territories of China.

The exhibition will display the photographs linked to his most recent intervention in France as well as his prior performances in China and India, where rapid industrialization and population growth have adversely affected urban climates, particularly air quality. According to The State of Global Air 2017 report, in 2015 both countries saw around 1.1 million early deaths due to air pollution.