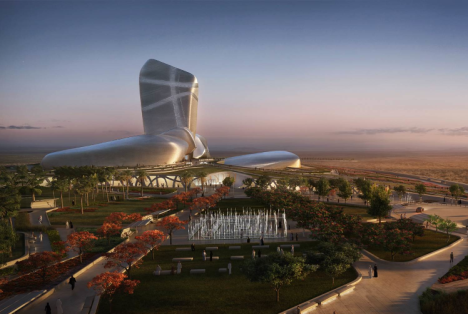 A new “Knowledge Tower” will be opened later in 2016 in Saudi Arabia. The name is King Abdulaziz Center for World Culture and it’s a stunning, modern building of interconnected spaces for exploration, learning, entertainment and research.

Where Saudi Arabia has long prospered from this natural resource, they seek to develop an additional source of wealth: a highly skilled and creative people who can propel the Kingdom to a bright and prosperous future for generations to come.

It was designed by the Norwegian architectural firm, Snøhetta. The facility’s multiple components have separate but complementary functions that will blend seamlessly to offer visitors a rich and highly textured cultural experience. Mirroring the flowing dunes and sculpted rock formations of the Saudi landscape, the Center will blend organically with the outside environment, while housing the very latest technological and thought innovations inside.