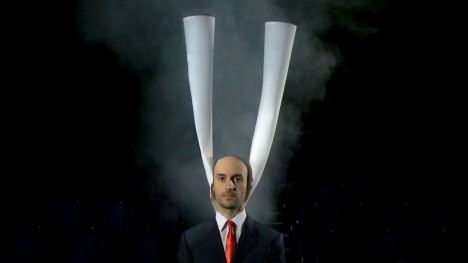 The film Screening and Performance by a voice sculptor Mikhail Karikis wiil be held at Tokyo. Mikhail Karikis’s work emerges from his long-standing investigation of the human voice as a sculptural material and a conceptual compass, which he employs to explore notions of community and politics of work, impossibility and address of difference.

Karikis’s interdisciplinary approach embraces visual art, performance and sound, often generating collaborative projects which engage other art practitioners or specific communities positioned outside the mainstream. His work ranges from the poetic to the theatrical, and activates the potential for ruptures both in perception and ethical concerns.

His work in sound, video and performance emerges from his long-tanding investigation of the human voice which he employs to explore notions of community, professional identity and human rights. “Work Quartet” which explores the relationship between vocal performance and cultural identity.