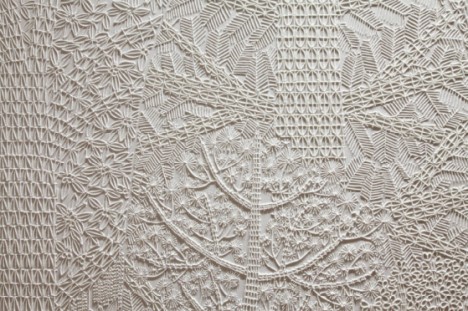 The artist traveled around the world from 2005, create two-dimensional artworks reflecting the scenery and mythology which she met each places. From installations to paintings, she nowadays explores new field lightly along with her sensibility such as “Walking” project which collaborate with the poet, delicate wall painting made of sugar.

This exhibition is divided into four “songs” by the methods and media, to widely introduce her representations of her original world.