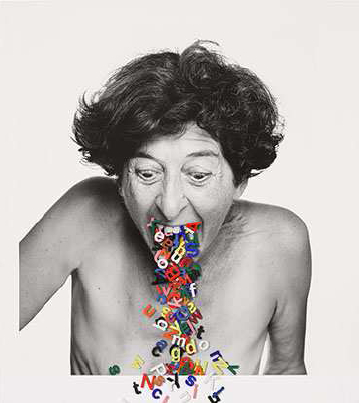 To launch the 2014 season, the MAC/VAL is honoring Esther Ferrer, pioneer of action and performance art, in a solo exhibition based on her self portraits created since the 1970s. Bringing together installations, videos and over a hundred photographs, the present exhibition reveals how aspects of the body and its transformations have nourished Ferrer’s art from its earliest days. This second event follows a 2013 exhibition at the Frac Bretagne* devoted to commemorating Ferrer’s performance art.

Esther Ferrer seeks to define her own individuality, using her body as a tool for creation and expression with both simplicity and radicalism. Although she is the primary subject of her own work, her production functions as an offering of the self, a straightforward method for making and saying things without the addition of superfluous props or decor in an utter austerity and economy of means. She stages her own body to observe the world evolve in time and space. The work of Esther Ferrer blends humor, laughter, the absurd, irony, derision, and formal economy.