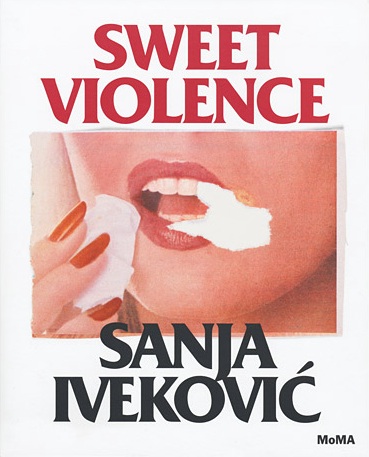 The Museum of Modern Art, MoMA is pleased to present the first museum exhibition in the United States of the work of Sanja Iveković (b. 1949, Zagreb). This exhibition covers four decades of the artist’s remarkable career. A feminist, activist, and video pioneer, Iveković came of age in the post-1968 period, when artists broke free from mainstream institutional settings, laying the ground for a form of praxis antipodal to official art. Part of the generation known as the Nova Umjetnička Praksa (New Art Practice), Iveković produced works of cross-cultural resonance that range from conceptual photomontages to video and performance.

This exhibition brings together a historic group of single-channel videos and media installations, including Sweet Violence (1974), Personal Cuts (1982), Practice Makes a Master (1982/2009), General Alert (Soap Opera) (1995), and Rohrbach Living Memorial (2005). Among the 100 photomontages featured in the exhibition is Iveković’s celebrated series Double Life (1975–76), for which the artist juxtaposed pictures of herself culled from her private albums with commercial ads clipped from the pages of women’s magazines.

While in the 1970s Iveković probed the persuasive qualities of mass media and its identity-forging potential, after 1990 — following the fall of the Berlin Wall, the disintegration of Yugoslavia, and the birth of a new nation — she focused on the transformation of reality from socialist to post-socialist political systems. Iveković offers a fascinating view into the official politics of power, gender roles, and the paradoxes inherent in society’s collective memory. The exhibition will be accompanied by a major publication.