A Cologne-based gallerist had drawn attention to Nara’s work for the first time in Germany. One of his early works, “Hula Hula Garden”, was among the most ambitious ones adapted to an installation beyond a two-dimensional painting. Lifelike dolls were placed face down on a carpet of grass and show a shadow of threat and dark humor to an otherwise innocent childlike world. 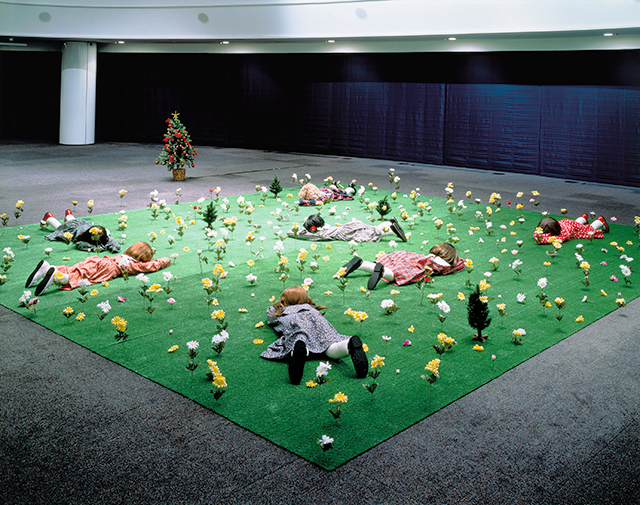 The term kawaii began to be associated with Nara’s work in the mid-1990s as he started to attract a larger audience in Japan and abroad. He used the form of a girl to represent the potential meanings included in the word kawaii, from sweet and lovely to pitiful and pathetic. The method was very effective in terms of facilitating connection with the viewer by utilizing the charming figures and simple compositions. 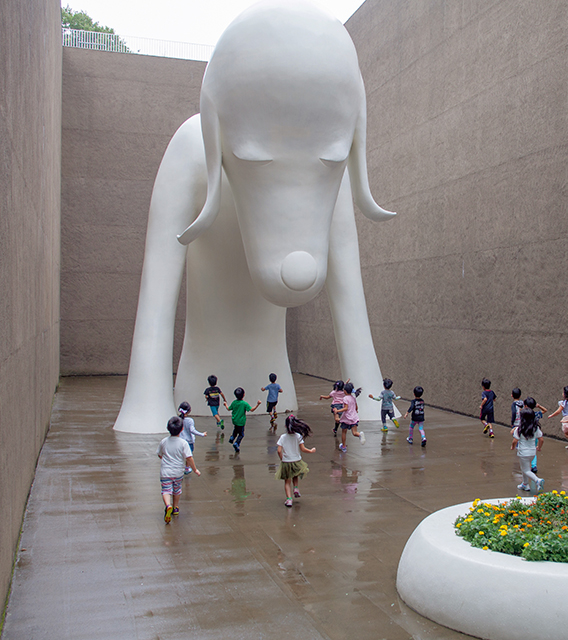 In the second half of the 1900s, Nara explored the postindustrial field and began making fiberglass and ceramic sculptures of dogs and girls.