In the near future where the virtual reality is mixed with real space like digital images floating in the air, ”Confronting Fiction” is a new task for the humans of today. However, Japanese people having a spiritual culture recognize “the existence of things other than real things” since ancient times, creating flat and dynamic visual expressions like Ukiyoe and Manga.

Yasuharu Fujiya thinks painters of today are to “see fiction as hallucinations” and he painted new series “Drawing Tribe: Modern Kabuki Fellows” which depicted “The Reality of Existence” which pays homage to Yakushae, “an Okubie (closeup portrait)” by Toshusai Sharaku has been exhibited at Cross Hotel Sapporo from July 5th to September 30th. 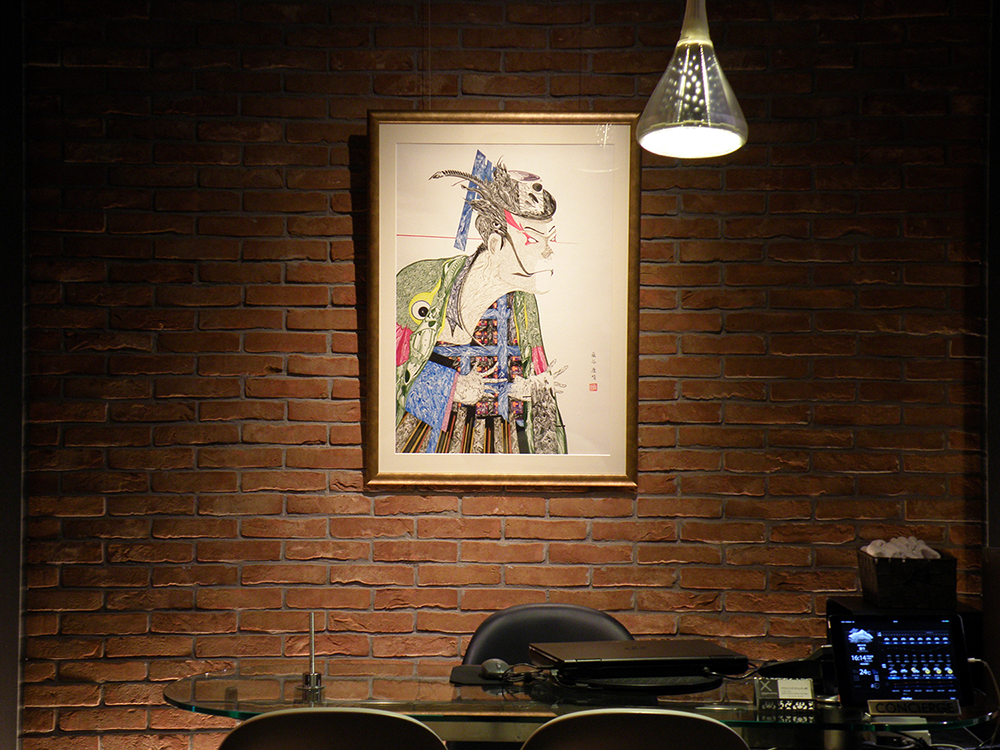 Fujiya’s motivation for the new series was that he was impressed so much as if he had met an unknown tribe by chance and felt “The Reality of Existence” which had never been found in the other Yakushae by other painters, when he looked at the art work Cultural Property: Shark’s “Okubie” in a book. This work is often interpreted only with the established concept, which tells premise of Yakushae, a real person, and records of customs of that era, because of its fame.

Fujiya thinks that letting contemporary people rediscover Okubie’s “reality of existence” will update its interpretation. Furthermore, people can gain the power to “confront fiction”. He used his “drawing” technique and produced this new series from 2014 to 2017. 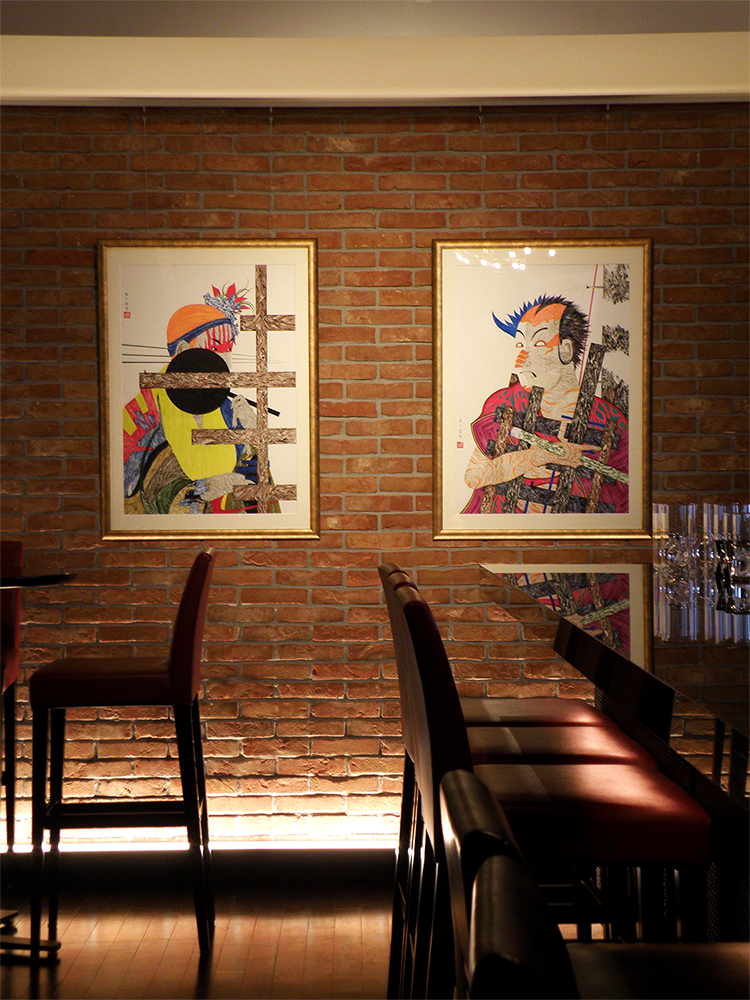 Fujiya has another name “Drawing Man”. Since around 2007 he started drawing unseen existences, livings, gods and demons based on Japanese traditional thought, thoughts of myriads of gods: the idea that gods lodge in all of nature. He had exhibitions in Japan and the U.S. Drawing for him is the present “conversation with unseen existences and an action to draw the reality of time and space of by drawing lines. It’s like an action to leave traces of play”.

This new series “Drawing Tribe: Modern Kabuki Fellows” which tried extracting Okubie’s original “reality of existence” through art by combining fiction with drawing upsets the premise of the original painting of a Kabuki Yakusha and provides different and new images of Yakusha (actors). “Okubie” is a small print which people enjoy in their hands, however, Fujiya’s new series turned over this premise and made it large – as exhibition painting. 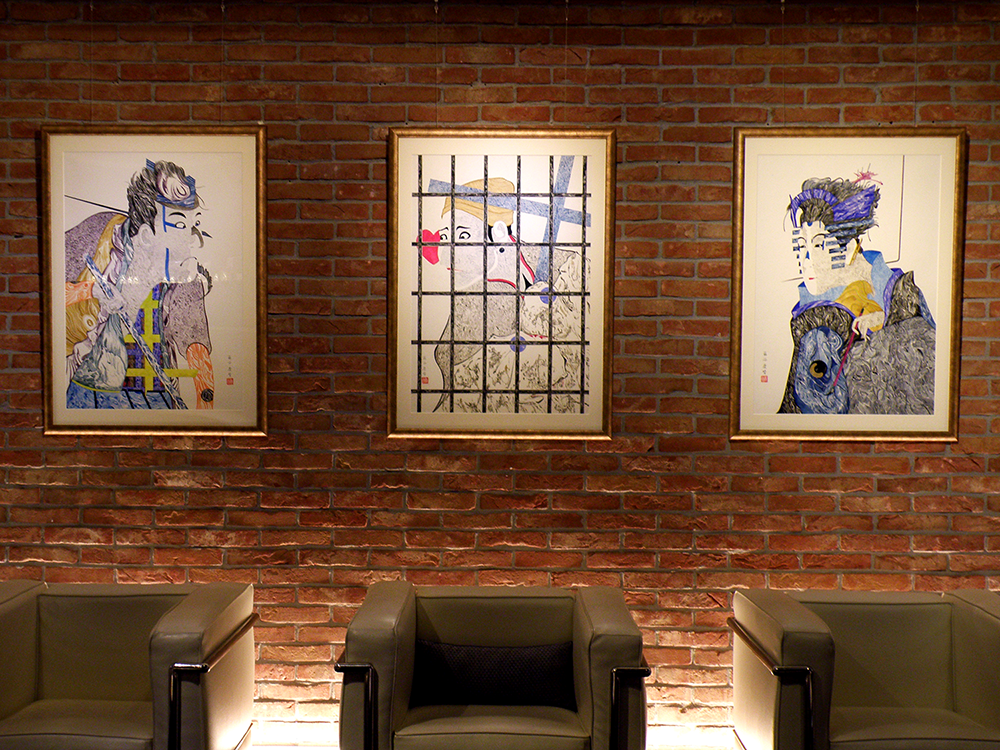 His works overthrow various premises but leave the composition, facial expression and distorted hands of the original picture, drawing with bold, dynamic lines over the top of them. He uses Japanese paper for printing and watercolor painting with a brush but the line work is very sensitive like lines made by a thin pen.