Originally born in Manchuria, 83 year old contemporary artist Reichi Hayashida is now in the limelight. As a young boy he experienced a colonial period in Japanese history which affected a number of Asian countries, and he uses his memories as well as advertisements in his motif. Across over 40 years he has continued to produce Pop Art, a product of his own independent study, featuring collages and half cubic paintings that incorporate vivid colours, his art includes the subject of images from mass consumption advertisements, etc. It can be thought of as Pop Art by someone who experienced World War 2, the value of his work, even as he got older, was almost never noticed in the world until he won the Excellence Prize in 2001 in the Kirin Art Awards. 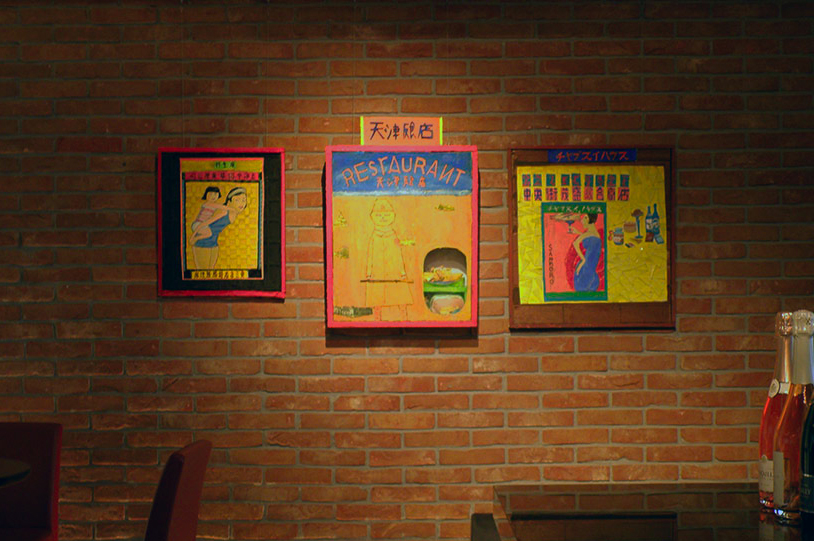 This exhibition will be his first in Sapporo in the wish to re-acknowledge the value of his work and in order to disseminate his work across Hokkaido, and indeed both inside and outside of Japan. Thanks to a collaboration between Cross Hotel Sapporo and Clark Gallery + SHIFT, MACHINAKA ART-X edition vol. 24 will be held at the Cross Hotel Sapporo until the 30th of June 2017.

Reichi Hayashida was born on the 21st of October 1933 in Manchuria, as his father worked as a news reporter the family moved quite frequently and lived in Dalian, Shanghai, Qingdao and Seoul up until the end of the Second World War. When he lived in Shanghai it was known as the Paris of the East and it was a mixing pot of cultural influences from America, Germany, France and the UK, but for him as a young boy it wasn’t something he understood well at the time and his memories are of a fun Disneyland-like place. 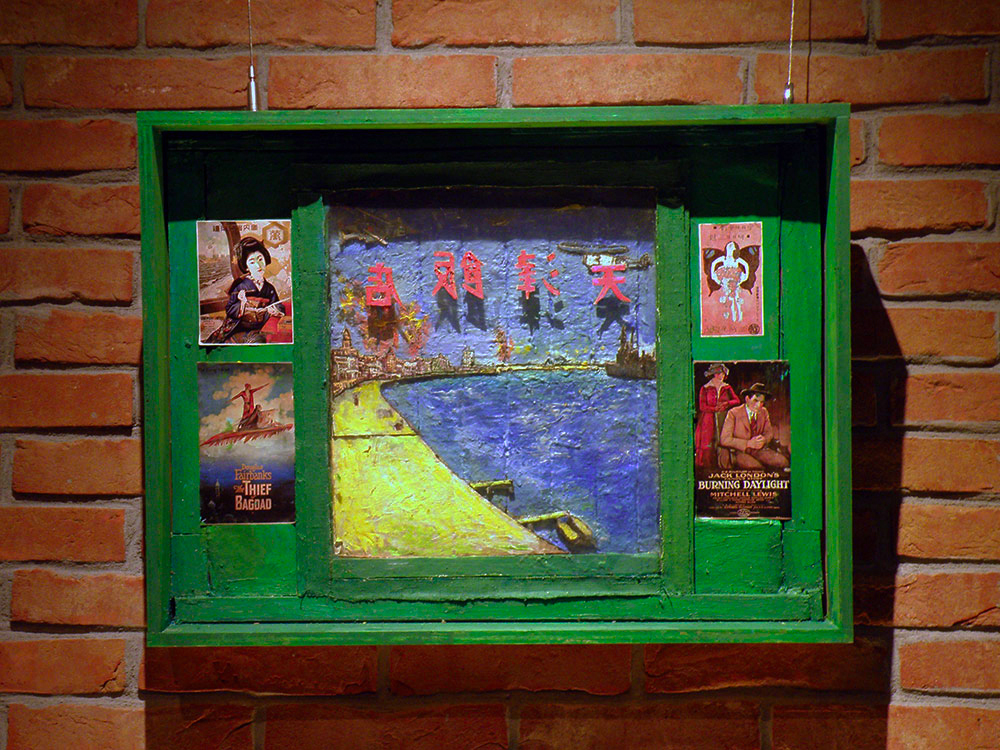 One day while the family was eating out at a restaurant in Shanghai he witnessed through the window a distant bomb. He was just four years old and couldn’t know that it the world war was intensifying or that the Shanghai Incident had taken place, as a child he thought he was just seeing fireworks or some kind of park attraction. His 2017 new artwork, The Shanghai Incident (from a restaurant window) is a three dimensional painting of a distant fiery battle while a fighter plane pilot overhead has a cartoon like face.

Soon after the end of the war the Hayashida family travelled by boat from Seoul to Yamata, Japan (his father had sadly passed away in Qingdao). As he stepped onto the land of his forefathers for the first time, a nearby targeted metalwork factory was burning down. Carried by his mother they travelled by train (at that time even if the train was crowded people could ride it by getting on the train’s roof) and he came face to face with the disasters at Hiroshima and Osaka, although he was just a small child he experienced the realities of the misery of war, in other words he realised the stupidity of war.

School and worked as an office worker, this work included involvement in the establishment of the Migishi Kotaro Museum of Art. However after a year he felt the work wasn’t suitable and transferred, over the following 30 years he worked in the printing section of Hokkaido Prefectural Library in Ebetsu near Sapporo.

From his time at high school onwards he taught himself to do oil paintings, and he was affiliated with Zendouten (an artist organisation) while being influenced by international art trends he working on surrealism oil paintings. In this exhibition as well you can see an oil painting from this time where nudity, animals and landscapes are presented in a format similar to illusionism. When he was around 40 years old he received advice from his old work colleagues, curators at the Migishi Kotaro Museum of Art, and so from the 1980s he shifted to Pop Art with a motif of war.