Continuously advancing eitoeiko（Tokyo), OKAMOTO MITSUHIRO exhibited “Komore” which is a kind of Yuru-chara “Morechand” made of black flexible container bags (bag for radioactive contamination) and was showed last year. He also introduced “One Piece One Piece; Dress” which was made from his experience that he looked for one piece (dress) on the internet, then comic ONEPIECE comes out. 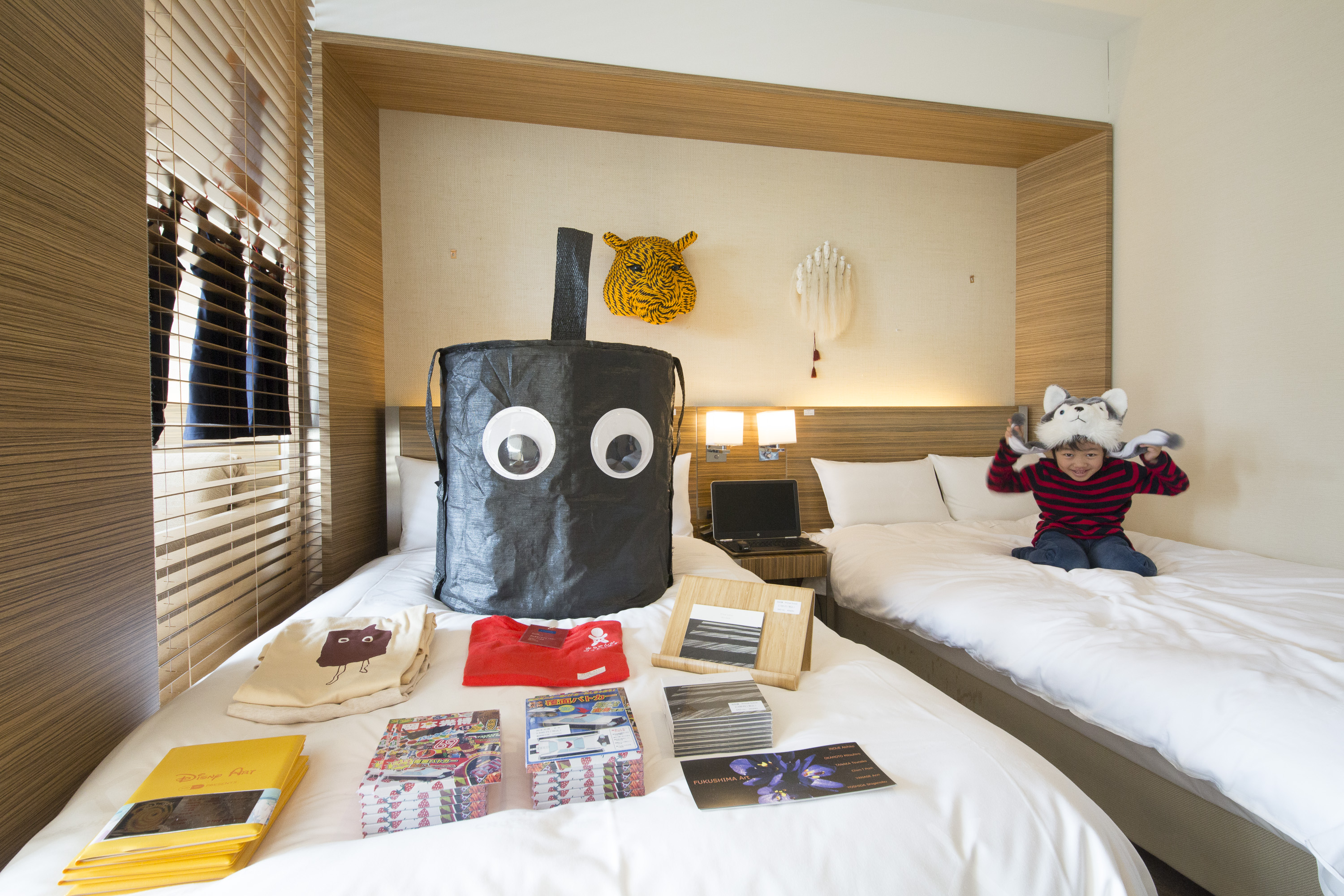 Artworks created by Ryota Shimamoto were something giving your senses a valuable renew. His own funeral was performed in the same gallery while he is alive. It was a cast off skin covered with a band aside and movie was recorded. Writing brush is made of body hair. Junta Egawa’s abstract painting gave us a vivid impression in such space. 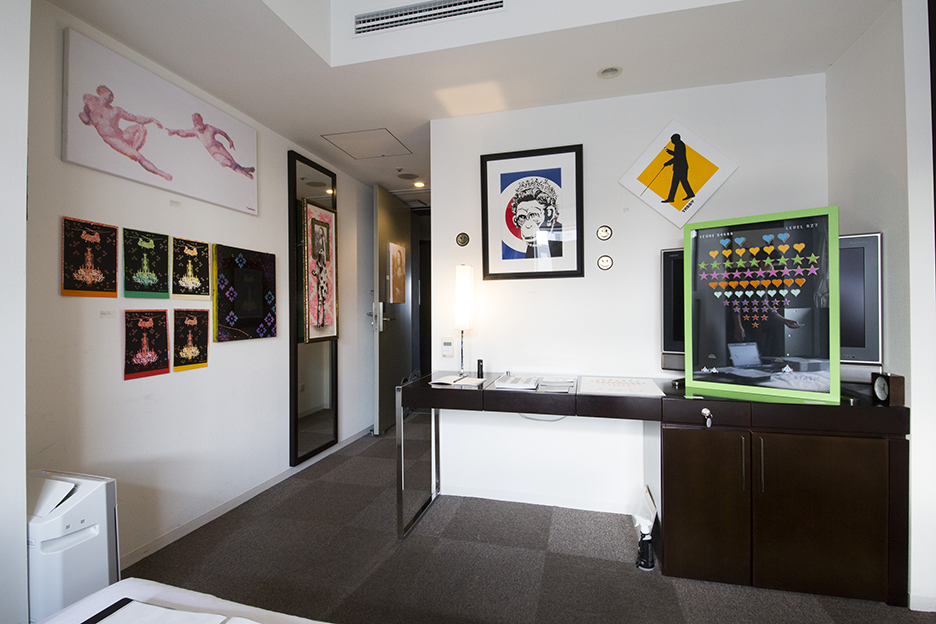 Gallery Kawamatsu (Tokyo) quickly introduced street art that may become pop art of the next generation. It showed Banksy’s, Mau Mau’s, and Static whose works based in UK. The artworks showed a variation of his representative military helicopters carrying a chandelier. Other than those, Dotmasters’’s spray paint which quoted the universally well-known art motives and a piece which seemed to satirize next U.S. president, Donald Trump, has caught people’s attention. On the window, “Midnight Recital” by Roamcouch, showed the quiet presence by depicting a boy who plays the trumpet on the street in the town with many homeless. 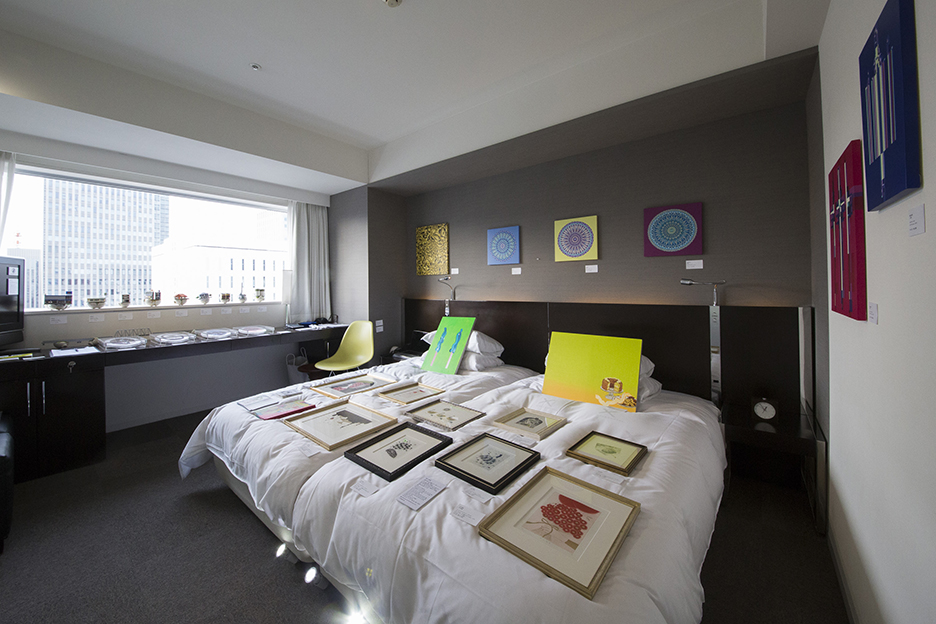 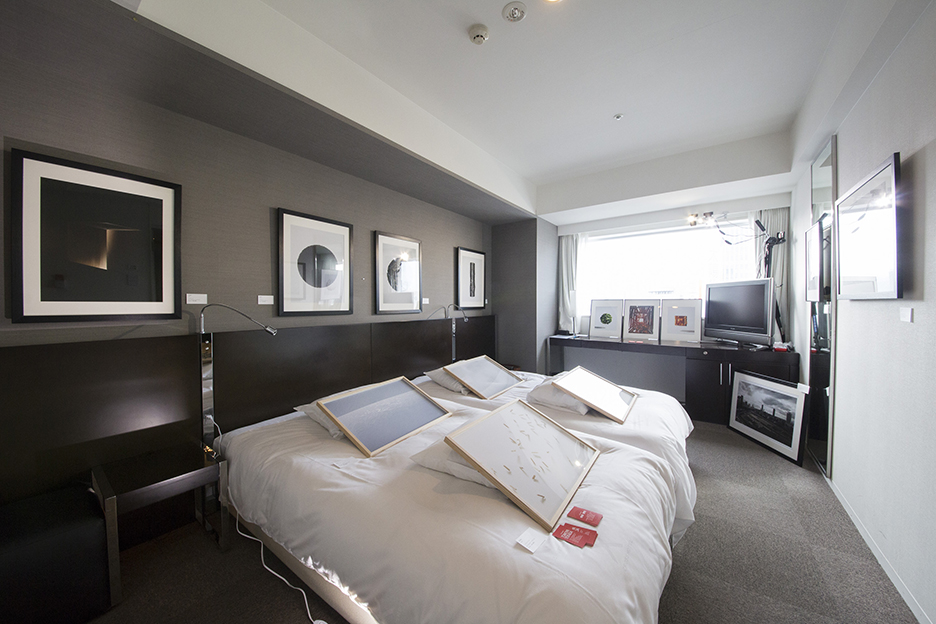 In the next room, as “Unknown Asia 2016, Exhibition of Jury Award winner”, artworks by photographer Tomoya Terada (Osaka) were exhibited. Taketo Oguchi, the chief editor of SHIFT magazine and the director of Art Fair Sapporo, participated in as a judge of “Unknown Asia 2016” and selected the winners. This special exhibition was held with extra prize award. As the artists were presented at the venue all the time, visitors could talk much to them and it was also a precious opportunity for the artists to know how people see their works.