Taro Uryu is an illustrator who is skilled at depicting women in fashion, having drawn the cover for Fashion Illustration File 2016 (Genkosha Publishing). His numerous client work include a window display for Ginza Mitsukoshi, and in 2015 he held a solo exhibition called “QUIET CARNIVAL” at Omotesando Hills with the theme “weird fashion show,” featuring figures adorning “block shirts” and “artificial turf dresses.” I caught up with the promising artist to find out what goes on behind his illustrations. 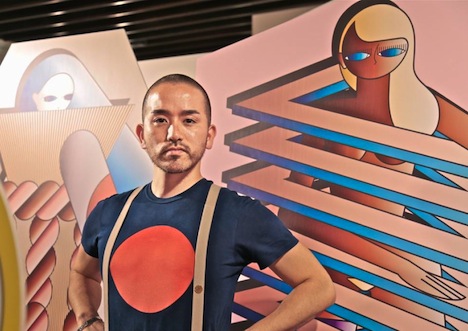 My name is Taro Uryu. I am an illustrator based in Tokyo. I create all of my work digitally. 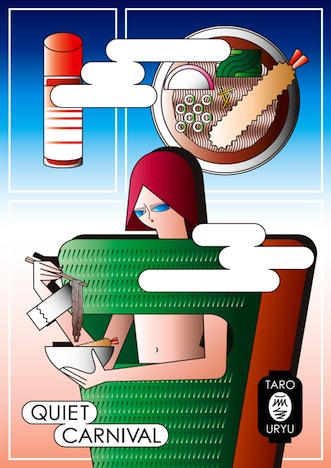 Blue eyes seem to be a characteristic in the women you draw. I get a bit excited when my eyes meet theirs…

I consider faces, and especially distinctive eyes, to be the most important feature when drawing people. I want to depict expressions that embody both happiness and melancholy (or transcend both) — like Buddhist statues or Noh masks. The color blue has a clear image, and it’s a color that I particularly like, so I often color my eyes in blue. 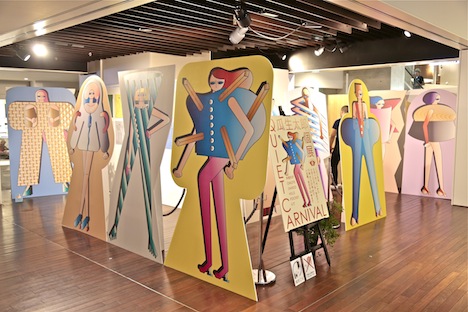 The life-size panel cutouts of people wearing “block shirts” and “artificial turf dresses” in your 2015 solo exhibition were striking. What was the concept for that exhibition and what kind of responses did you get?

Omotesando Hills was the venue for that exhibition, right in the middle of the fashion district. I intended to compete against all the famous labels surrounding the venue, and produced “a weird fashion show” using 2m-tall giants (life-size panels). The show was a year ago, and it still comes up in conversation when I meet people (who couldn’t make it to the actual exhibition), so it must have had enough impact to spread like that.

It’s not exactly a response, but it had an effect (a negative one) on my small living space, as I’m storing the 12 panels in my home. I’m hoping to exhibit them again as soon as possible, or that someone would take over them. 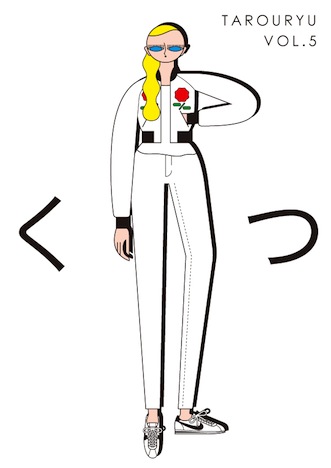 In addition to your solo exhibition and client works, you also draw fashion items like sneakers. I get the impression that you like fashion.

I think I developed an interest in fashion early on, because I looked through my older sister’s magazines like “Olive” and “CUTiE” when I was in elementary school. From middle school, I could only think about Nikes (basketball and basketball shoes), reading every men’s fashion magazine that I could get my hands on. Magazine circulation was at its height back then, so I think I just absorbed that energy. As a result, I am constantly checking out fashion either in movies or sports.