ESTHER “S/S 2015 COLLECTION”
Last November, ESTHER has been well received by its audience and buyers at the fashion booth in “CREATIVE HOKKAIDO MEETS TAIPEI 2014” in Shonghsan Cultural and Creative Park and the fashion show of “CREATIVE HOKKAIDO NIGHT IN TAIPEI 2014”. The Spring/Summer 2015 collection will be lined at MUSEUM at last. In order to increase further complete than ever, while the new work with all its sense which had pursue thoroughly such as pattern and fabric is a casual line encompassing the body softly, the silhouette with spice showing effective captures the “moment of movement” beautifully. HOKKAIDOU DRESS MAKER COLLEGE “POP-UP SHOP”
“Pop-Up Shop” by students of HOKKAIDOU DRESS MAKER COLLEGE starts from March 18th at MUSEUM STORE. As standing themselves in the shop, they exhibit and sell their fashion items of original 4 brands produced in teams, while taking advantage of the things they have learned so far. At the MUSEUM STORE originating the Hokkaido Creative now, please come and pick up several items jammed dream to the future. Date: March 18th-22nd.

MATOROMI “MATOROMI. Ⅲ”
matoromi‘s new EP is a “low temperature” electronica pop that produces strange and pleasant feeling of floating, with melting into serious synthesizer sound and the melody and lyrics of unique view of their world plays with female vocals that feeling of coolness. This EP is hers first national distribution and what is called “the culmination of the current matoromi” composed three new songs and remastering sound source of five songs from a mini album “matoromi. Ⅰ” self-produced in the past. Please enjoy the good contrast and extreme sound production to the live. Price: 1,800 yen (excluding tax). OWTN. SOLO EXHIBITION “OWT(E)N.”
A poem core idol owtn.‘s first solo exhibition “owt(e)n.” will be held at Clark Gallery+SHIFT, with increasing female fans absolutely. As an idol of course, you can get a glimpse also her little adult side. Sales limited ZINE with poemcore newly written during the term. Date: April 4th-30th, Place: Clark Gallery+SHIFT, Opening Live: April 4th, from 19:00, Admission: 500 yen (with one drink). 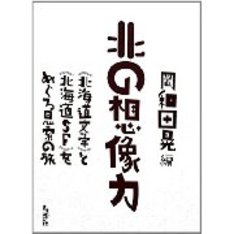