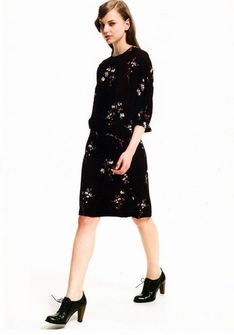 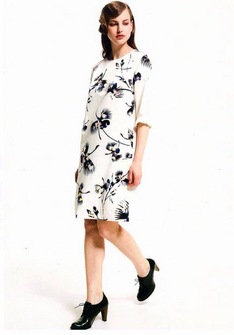 KAMISHIMA CHINAMI “A/W 2014 COLLECTION”
The theme of KAMISHIMA CHINAMI A/W2014 is “japanese modern.” It is dropped into the design to the sense of Japanese cultivate, a quiet mind, and beautiful and majestic way of life. The idea motif of textile is a designer Furuya Korin who passed away at the young age of 36, while being great hopes as a successor of Sekka Kamisaka modern Rimpa. The original world view aparts from both Art Nouveau and Rimpa becomes one of the big attraction. Kamishima added the rayon to bring a feeling of falling and luster for the wool materials, furthermore strengthened the stretch with polyurethane, in addition to elegant appearance, used the highly functional materials. Those elaborate fabrics and designs are must-haves in this season. 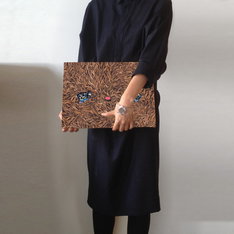 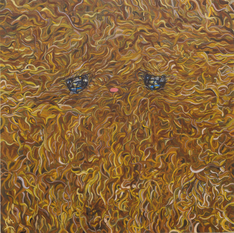 SHUUN “CLUTCH BAG: BROWN”
Do you know SHUUN whose first solo exhibition “ANIMALS” at Clark Gallery + SHIFT has extended till September 30th, popular demand? A hairy creature in his world is to appear as a clutch Bag. You could hug it with cute eyes. Pitter-patter! SHUUN’s clutch bag will be sold from the end of September. No choice but to get anymore?! 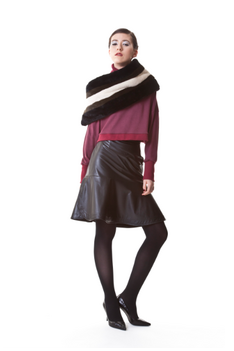 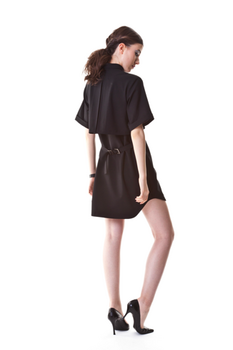 ESTHER “A/W 2014 COLLECTION”
ESTHER pursues to originality by simple stripped-down design and sophisticated silhouette from any angle. For this season to expand the collection for glossy and graceful women, there are lines designed and expressed the light of the night sky is projected strongly and fleetingly, the flicker of the light and the ambiguity on the theme of Aurora. Pleasure that you wear ESTHER incorporates the element like men’s fashion and produces a “true beauty of the heart” that women have, at MUSUEM STORE.

SLATE “BIONIC CONCEPTS”
This is the first album by slate, a talented truck-maker based in Sapporo. As his music is a good Electronica music studded elements such as drone and techno based on ambient, you could get the limited release at MUSEUM STORE as his first full album whom has been published for only soundcloud till now. Seven songs input, 1,000 yen. In addition, it will be held the record departure live on October 25th, with unii and owtn. whose albums are sold at the “Souvenir Hokkaido” in MUSEUM STORE also. Time/19:00-, admission/free. Don’t miss it! 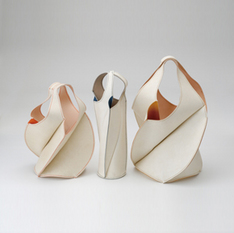 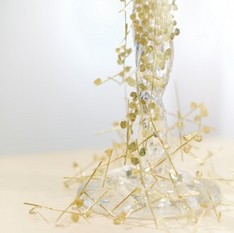 MUSEUM “POP-UP STORE”
At “Kita(North) Style Hokkaido,” at Marui-Imai department store in Sapporo, which close up “things,” “people” and “something” sparkle in Hokkaido, with the theme “raise up the shining in Hokkaido,” MUSEUM will start a branch as pop-up store. We introduce 2 brands such as “jamais vu” which produces room wears by 100% organic cotton, and “AI KOMORI” and “Midori Kambara” as a designer’s jewelry brand which provides the careful handwork. The term is from September 30th to October 10th, the place is on 5th floor “the stage #5” at Marui-Mitsukoshi department store. On the 2nd floor, we are to sell EZO BAG of “24K,” and have a workshop for making original tassel made by deerskin (till October 7th).