Now in its ninth year, London Design Festival (LDF) has held from 17th -25th September in London. The largest and most significant design festival with 180 partners and almost 300 events across the city celebrated this big event.

Chancellor of the Exchequer, George Osborne said “’Made in Britain’,’Created in Britain’,’Designed in Britain’ to drive our nation forward. – a Britain carried aloft by the march of the makers.” in the recent budget statement. Design industry is one of the most important markets in UK and LDF is the key factor to drive the UK’s economic revival. The festival director, Ben Evans, said “ This year’s Festival will demonstrate the power and versatility of design across London; offering a series of quality projects that fulfil London’s design credentials.”

The main venue of the event was one of the most popular museum in London, Victoria and Albert (V&A) museum. There were 12 specially commissioned installations throughout the museum with many workshops and talks. 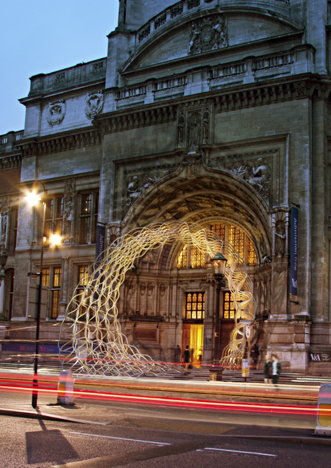 A large scale of installation of a 12m “Timber Wave” designed by the award-winning architect AL_A, the winner of the V&A’s recent international competition, is located in front of the grand entrance on Cromwell Road, has a huge impact. This is an amazing three-dimensional spiral object made from oil-treated American red oak was used special technique that is ultra-thin laminates glued together to create the tightly curved shapes. 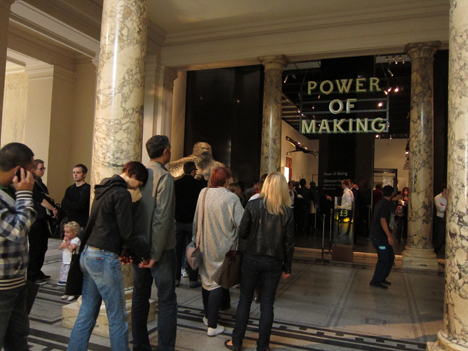 “The Power of Making” was the exhibition that appealed the wide possibility of creativity in over 100 exquisitely made objects and techniques.

Perhaps creating something using hands is one of the best ability that the human has. People have been brushing their various techniques by a trial and error to figure out their ideas to make their life better since ancient era. Making is not a special ability for specific people, but for everyone to a greater or less extent.

There are many art works that helped to revival traditional crafts that are getting to be lost with new and unusual materials using traditional techniques. The exhibits were selected both new and old, for example from traditional dry stone walling and a lion-shaped coffin to 3D printing. 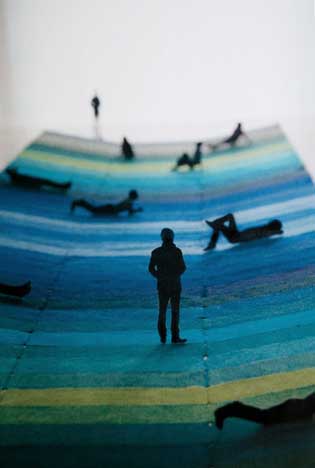 France’s most accomplished design duo, Ronan & Erwan Bouroullec collaborated with the international textile company Kvadrat and created “Textile Field.” The form covered with soft fabric was very comfortable, and the people were relaxing with bare foots on the textile ‘lounge’. The designer said that the aim of the work is creating an environment for viewing art which has never been done before. 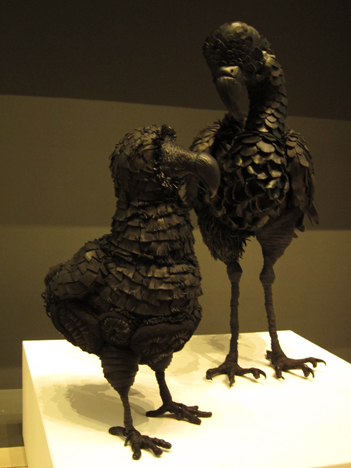 “British-ish” is a exhibition to show the best new works from recent graduates of the University of the Arts London, curated by the British fashion designer, Giles Deacon. The exhibits were placed separately against historical objects in the V&A’s British Galleries. It was a fresh and great combination of new and traditional creativities. 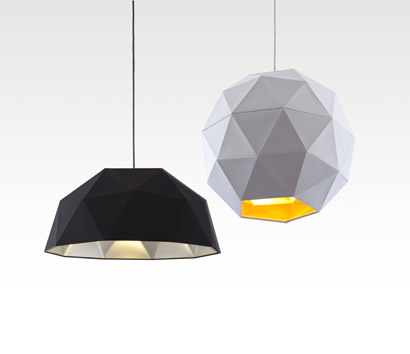 100%Design was also one of the main event of the festival that contained over 400 exhibitors covering design products to architectural materials, and the emerging talent showcase.

The London Design Festival was one of the main events in London’s Autumn creative season. This event had a big role not only in UK but also all over the world. As it was held across the city, we were able to see a part of the design festival even not necessary to go to the main venues. I am already looking forward to what new and unique plans will be organized next year.