﻿Things you cannot create by thinking but you can find with imagination.

Using materials such as artificial skin, sequin fabric, and sponge, Shunsuke Tsuchida is a young sculptor that is gaining attention for his artwork that seeks out the relationship between the artist, artwork and viewers. After he won the 16th annual Most Promising Talent Prize from the Fine Art Division of Gotoh Memorial Foundation, Tsuchida went through training in the United States and held a solo exhibition in Yokohama and Sapporo. In his exhibition “Things that even if you think of them, you can’t make, and if you aren’t thinking, you will never come across,” what kind of “cycle of viewing” is being created? 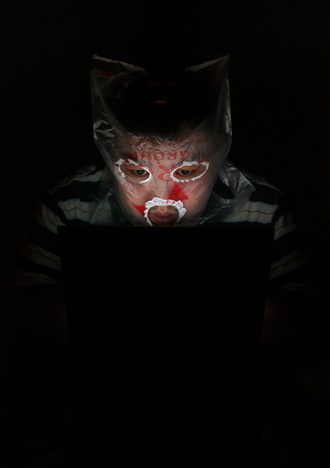 Could you introduce yourself with your past activities?

What was it that made you want to become a sculptor?

Well, it’s embarrassing and not very dramatic, but during high school, I saw Wolfgang Laib’s work in a magazine, and inspired me “I want to do that!” 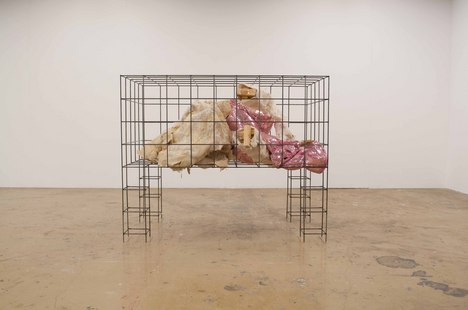 In 2005, after you won the Most Promising Talent Prize from the Gotoh Memorial Foundation you had the opportunity to study in the United States. Can you tell us what kind of experience you had there?

During I lived in New York for a year, I often went to places such as the Chelsea Art Galleries, PS1 Contemporary Art Center, and Dia:Beacon and saw various works. Additionally, I often went to the Classical ballet, the Metropolitan Museum and the American Museum of Natural History. It was a year where I saw various works from Gary Hume to T. Rex. I think I’ll never have a year like that again.

During that time, I also got away from New York and traveled. I went to places like Niagara and the Grand Canyon. I thought that Niagara Falls was hidden away from people in nature, but when I got there I discovered there were many casino resorts lined up right next to the falls, and at night they illuminated the falls in rainbow colors… it was pretty interesting. Despite that, I kind of wanted to laugh because I understood that the information that we rely on was fabricated by someone—someone’s memory that was implanted into us. Just like Niagara Falls, the Grand Canyon had a McDonalds. 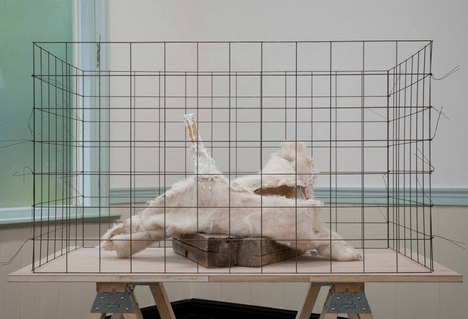 This time, for your homecoming solo exhibition, you are holding exhibitions at two venues, Yokohama’s BankART, and Sapporo’s CAI02. Can you introduce us to each of these exhibits? 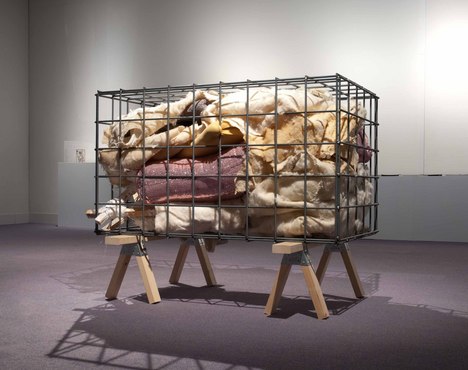 On top of the procedure for creating your works, when did you begin to have an interest in the relationship between the artist, artwork, and viewers? What was the reason for this? 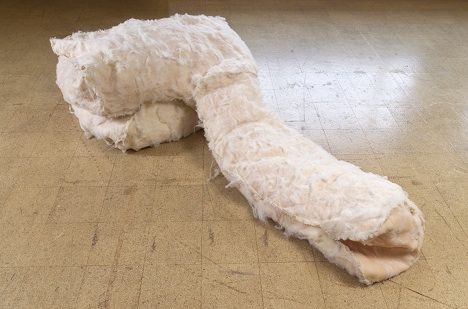 Up until now you have mostly chosen soft things like wool, silicon, and sponge to use as materials in the creation of your work, so are you focused on any particular materials?

As much as possible I want to go against the usual away of thinking and utilize difficult-to-use material. I feel that if I use materials where it is easy to figure out what kind of shape it will change into, I will not be able to come upon “things if you aren’t thinking, you will never come across.”

What procedure do you have during the creation of your pieces?

Calling it procedure is a little troubling. I pick materials I think are interesting, and from there while touching them it’s as though I just make something out of it. You can call that procedure… Like the cycle of viewing we just talked about, if you calculate and plan it, your work will become boring and the cycle doesn’t turn out very well. 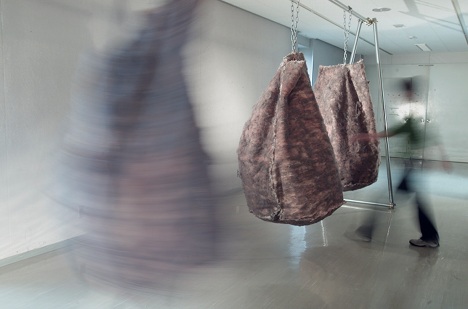 Are there any fundamental ideas you follow when building your work?

That it is unregulated. Also that it is with emotion. That I am both an artist and a viewer is also important. Recently, I have been thinking that I want to create works that create the cycle of viewing, works that you can’t easily tire of looking at, and works where it leaves a different impression every time you look at it.

Is there anything in particular that inspires you? 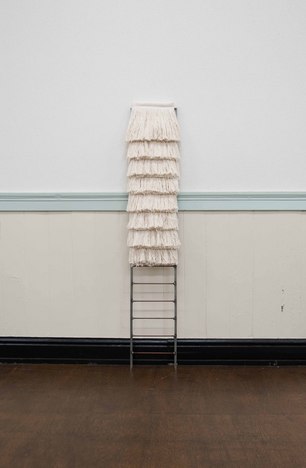 If you weren’t a sculptor, what kind of job do you think you’d be doing?

Do you have any plans after this?

I don’t really have plans, except for some plans to have an exhibition with some students in the summer. Usually if you hold an exhibition then a next exhibition arises, so I think this time as well if this exhibition starts then discussions of the next one will probably pour in. I hope for an opportunity that allows me to introduce my work to the rest of the world.