Kristian Rajnai and Kalle Tollmar is two of the owners of the Stockholm based store Aplace. They will on a monthly basis share some of the Aplace highlights from the previous month here at Shift. 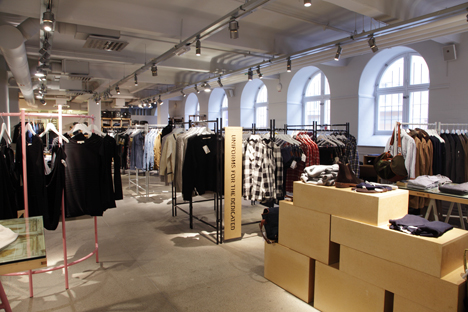 Aplace Bruno
Aplace expands and opened up their second store in Stockholm. The new store is located in the south part of Stockholm in a smaller shopping gallery called Brunogallerian at Götgatsbacken. The store is 420m2 big and stock brands like Silent by Damir Doma, Bless, Y3, Helmut Lang as well as Swedish brands like Minimarket, Hope, Acne and Nudie. 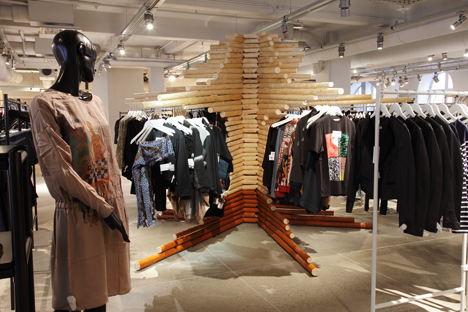 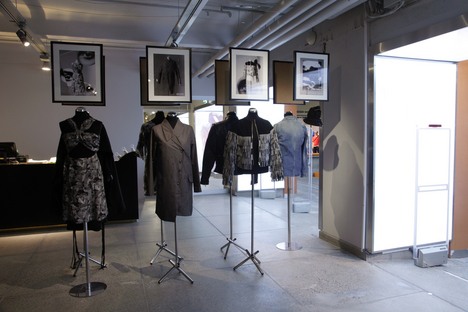 one of a kind
When Aplace opened up their new store they also launched the exhibition “one of a kind” where 9 of Scandinavia’s best designers each created a unique piece for their store and later 9 fashion magazines in Scandinavia each gave one piece out to one of their readers. 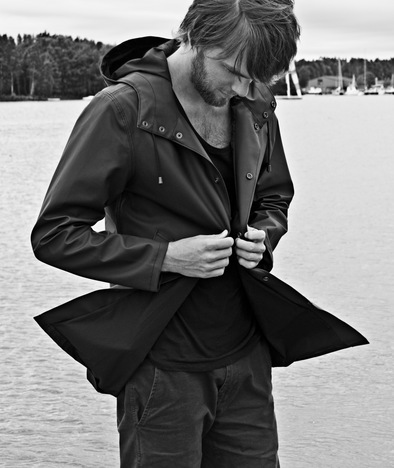 Stutterheim
Stutterheim raincoats at Aplace. Hand made in Sweden and individually numbered. For anyone who doesn’t want to look like a sad golfer in town, here’s a rain coat for you. Plain, simple and understatedly stylish, it¹s an updated version of the traditional raincoat worn by generations of Swedish fishermen (and the odd grumpy film director) until it fell into oblivion when rain gear became a thing of the sportswear industry.

Now we’re bringing it back into the light, or rather, the water. Based on the original patterns from the 1960’s (founded them in a barn) and manufactured in the city of Borås, long the centre of the Swedish textile industry (until production moved overseas and factories closed down), it¹s the only rain coat you’ll ever need. Whether you’re about town or in the country. Whether it’s a drizzle ora downpour. Whether you’re battling with the forces of nature or just your own demons. Aplace is the only store in Stockholm that stocks Stutterheim.