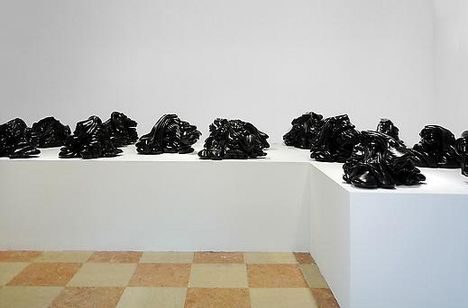 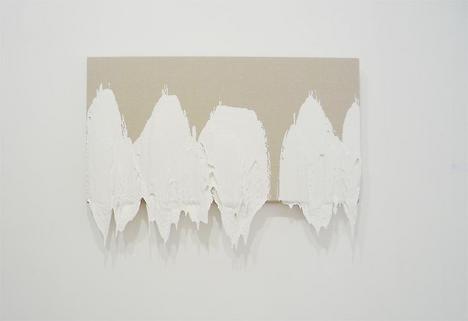 Nature has been repeating her creation and propagation for thousands of years. She has become a living space for human beings and watched and seen daily slight events including a birth of human being and a growth of vegetation as she has been creating grand and colorful scenery. The creations of human beings originally reap the benefits of these nature’s creations. However, those two creations are totally different kinds in human history.

I had chance to have a dialogue with a certain sculptor about the relationship between nature and art before. People very easily fall into misinterpretation that “nature and art are the same kind”. That is because we can only have understanding of one fragment of the truth. An American artist, Roxy Paine, kicked off his solo exhibit “Machinations” at James Cohen Gallery in Shanghai on April 24th 2010. His quite symbolic metaphor is on view through diverse artificial/natural medias. 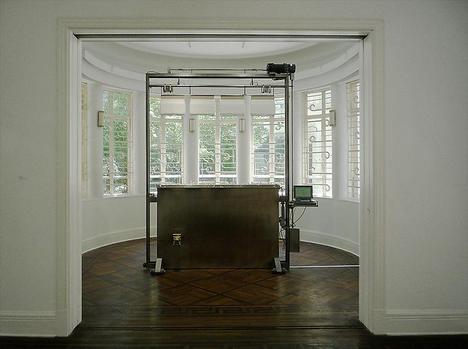 “Maelstrom”, his show featuring sculptures in the shape of tree on the roof of Metropolitan Museum of Art, New York, in 2009, gained him a considerable reputation. He succeeded to present different life forces from present and past by creating the fusion of nature forms and metal colors with the old-established museum structure. A vitality that exists on the border of nature and art, joined by present-day people, turned to be an artificial landscape. Although human beings cannot have a conversation with other living things directly, yet we are just able to trace their true form incompletely by making artificial items and placing them in a concrete space. 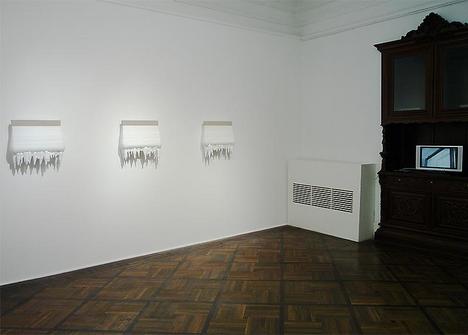 This show presents his works and his machine tolls. He creates a complicated machine tool in order to bring about spontaneous shape and texture. His work made of acrylic paint and polyethylene looks alike stalactite and it gives you a quite congruous impression. These tolls enable him to create a complex various shape in a short time. A robot-like computer-controlled device produces a mysterious art work in coordination with the nature. It also makes a failure sometimes, however, it is the mirror of this advanced technology era. There is a parallel situation to the nature as well. The geology, water, humidity, soil, temperature, and some other factors have been all twisted and turned for a long time, and they have brought an evolution and a growth for many living creatures. At the same time, its irregular and indefinite nature leads on to a chance and boosts into diverse forms. Roxy Paine and his machine tool produce a computerized similar circumstances, so that he can create many different kinds of sculpture works. We witness a tiny creation of nature dwelling in people view of today inside different each of sculptures. Human beings are ones that cannot help but creating arts to seek out the answer for the purpose of entertaining various doubts and questions. 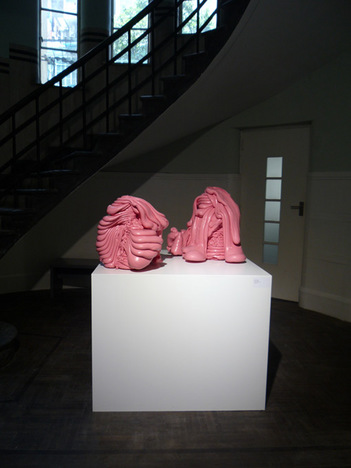 Since the Industrial Revolution in 18 century, an industry has become the number one concern and a foundation for the modern society’s needs. “SCUMAKⅡ”, a machine tool by Roxy Paine, that artificially creates an art work. It’s almost like a production line at factory as you see his lined sculptures produced by this computer-controlled mechanical device. These express getting rid of the rule. His sculptures are more uncertain than industrial products. It seems to be common to an installation “Cloaka” by a Belgian well-known contemporary artist, Wim Delvoye, which produces feces through a human’s digestive organ like device after putting some foods into it. His art work is a contemporary piece and also something to overturn the arts simultaneously. It proves that even if an artist produces his art work that is beyond our imaginations, he himself is always still under the man-made rule. 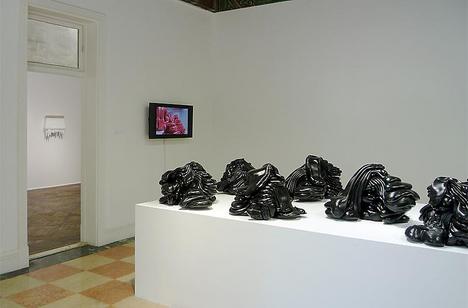 Human beings are fleeting existences in the nature. All of us won’t be able to bear comparison with the nature. However closely we plan, we cannot control it. Whatever scientists, philosophers, and historians have an argument over it, we cannot run from indefinite factors, and still the nature just keeps on and on creating despite all our predictions. A metaphor casted by Roxy Paine broadens the mind on the nature, human beings, and creation. It keeps stirring people who have a curiosity about the world transformation and producing questions and controversies.