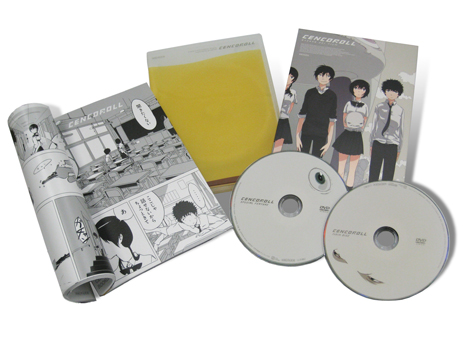 The limited edition released on 28th, October come with a special disc and 68-page booklet. The special disc contains an interview with Atsuya Uki in Sapporo, his production methods, a “making of” short with an interview of the cast, video clips, and TV ads. What’s more, the booklet also includes the subsequent side stories of Yuki, Tetsu and Senco, an introduction of production methods,, interviews, and illustrations.

In the interview, he talks about various things including Sapporo, the set of this film, the mysteries of the story andthe creative process. The cast are also interviewed, they speak passionately about him and his attraction shine through in every talk. If you like or are interested in the film, please don’t miss the interviews as well.

The film’s last scene is open-ended, which raises the expectation of another film to follow. In the interview, he says he brings the continuation of the story. In that sense, please check out Cencoroll, full of the talent of the creator Atsuya Uki.