From ice age to the space age. 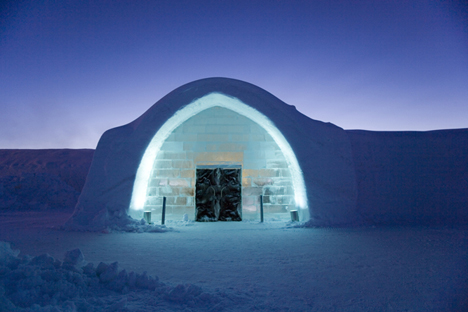 A 20-year journey from a 60 cubic meter igloo to the world’s largest hotel of ice and snow. 62 rooms and cover an area of 5,500 square metres. The building material, 21,500 cubic meters of snow and 900 tonnes of ice, are borrowed from nature. Ladies and gentleman, welcome to the ICEHOTEL.

On the shore in the village of Jukkasjärvi in the city of Kiruna, Sweden, the flowing Torne River is the origin and artery. From the river ICEHOTEL borrows its ice every early spring, keeping it cold during summer and recreating ICEHOTEL as soon as the cold weather allows. 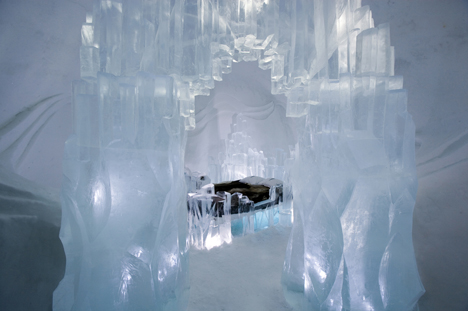 “The end of the 1980’s brought a decision to turn disadvantage into an asset. To see winter as a resource and create experiences from the natural materials at hand – the cold, dark, ice, snow and northern lights. Inspired by visiting Japanese artists who sculpted in ice, Jannot Derid was invited in 1990 to have an opening of his exhibition in a specially built igloo out in the middle of the Torne River. The 60 square metre building named Arctic Hall attracted the curious from afar to have a look at the outrageousness. One night, a couple of foreign guests spent the night in the cylindrical igloo, in sleeping bags on top a pile of reindeer hides. They raved about the fantastic experience that according to them was utterly unmatched. The idea of Ice Hotel was born”. – Camilla Bondareva, Press Officer of ICEHOTEL® 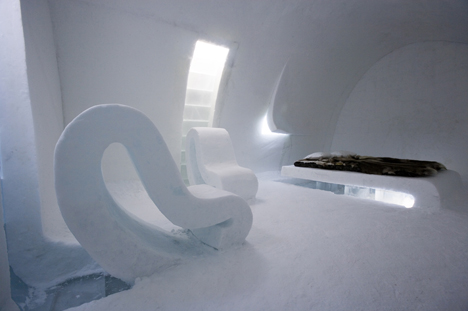 ICEHOTEL is a unique concept in the world which combines technology and art, with fantasy. A fairy-tale becomes true. The Hotel held different visiting artist from every corner of the world and every season a unique place is built. 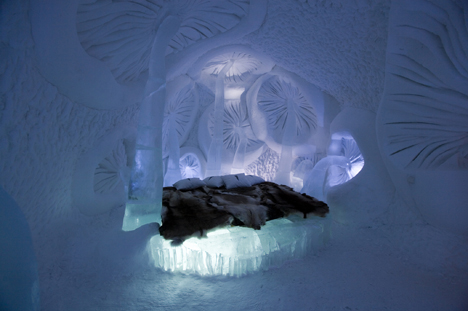 ICEHOTEL is experimentation but also exploration. Different guided tours are managed in order to get a soulful experience around Swedish Lapland and northern Norway. Actually due to the proximity to the Swedish space station in Kiruna, space travel has been added to the product range. The first trip takes place in 2012. Thus far, you can visit Spaceport Sweden for more information.