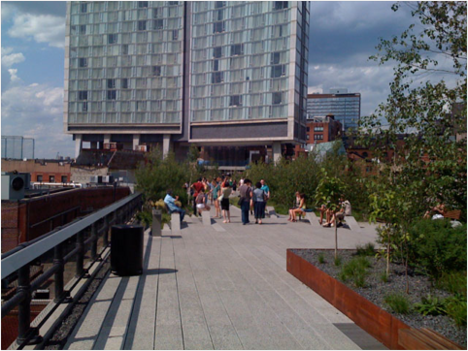 I still remember the day in 2002, while taking the subway with my friend Brendan Fitzgerald, he showed me one of the photographs he took on the High Line. It was a mesmerizing image of industrialist melancholy: a massive infrastructure made almost invisible by the advancement of a voracious wilderness, set to the background of a muted New York skyscraper and banner ad landscape. He had been there and I wanted to, but it wasn’t easy to get up there: it was illegal. 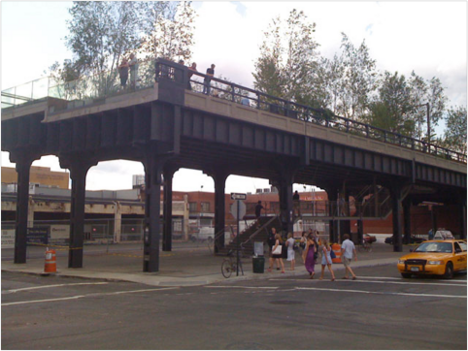 Seven years later this has all changed. In June 8th, the new High Line park was officially opened to the public on what was once the off-limits industrial age relic. Only an initial segment of the park can be accessed for now, a stretch of designed urban landscape that will cover 2.4 kilometers once completed in 2010. This path starts at Gansevoort Street in the Meatpacking area and terminates at 20th street in Chelsea. 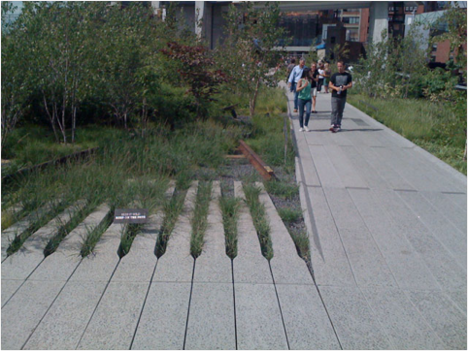 The park was designed by landscape firm James Corner Field Operations with architecture from Diller/Scofidio + Renfro. Currently there are five access areas to the elevated structure, which is now a pedestrian pathway mixing landscape with fixed and movable urban furniture. The details and the materials of the construction are coherent with the old iron structure; yet provide a fresh interpretation of recycling derelict infrastructures in the 21st century.