The new exhibition that opened in the Museum of the City of New York focuses on the anticipated building project by American architect Neil Denari, the HL23 condominium in Chelsea. 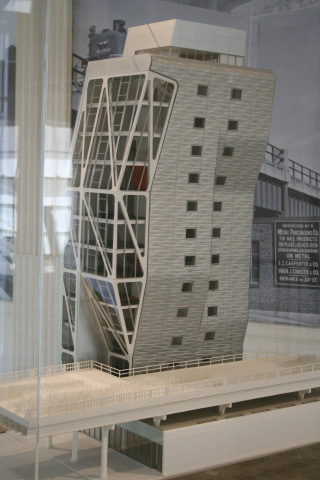 Mr. Denari is well known in architecture circles for his streamlined futuristic concepts, most of which were never actually built. This first building project in New York City probably marks his arrival to the mainstream. 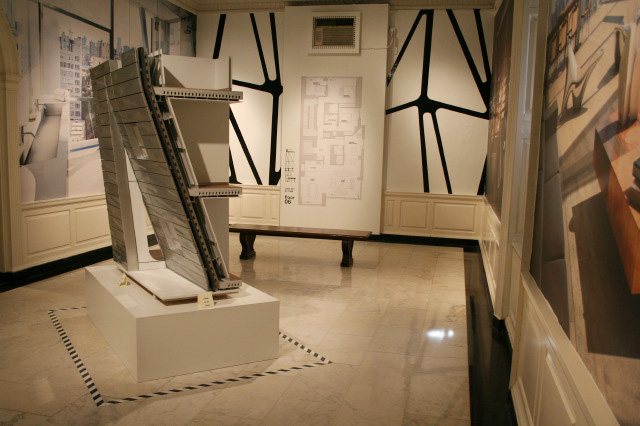 The show is focused on a series of models of the HL23 project at different scales as well as floor-to-ceiling prints of the project renderings and the Chelsea neighborhood where the condominium will be located. An interesting visualization animation also displays how the different building laws of the site came to shape the final design. 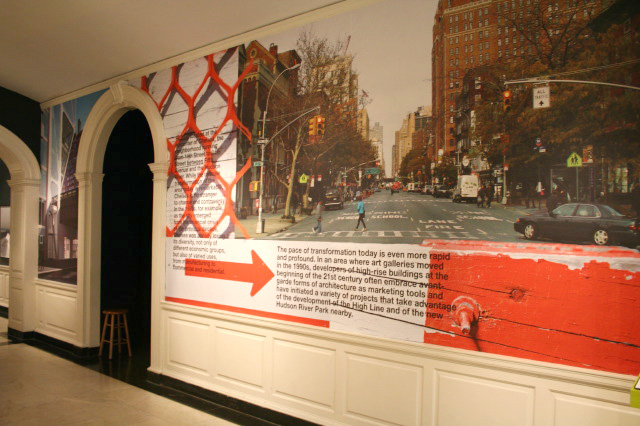 The building is currently under construction at 23rd Street abutting the High Line (hence the name, HL23), an abandoned section of an elevated freight railway built in the early 1930s. 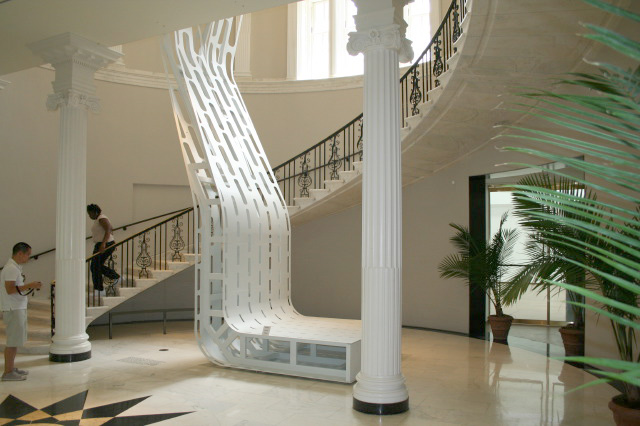