I feel like cooking up something new at the beginning of a new season. Fall especially inspires various senses. The sensitive spirits created a big swarm in early September and made one night of Vancouver’s art culture sensational.

“SWARM” is an annual event sponsored by the nonprofit association of Artist Run Centers in Vancouver and the third SWARM occurred this fall. There were about 20 galleries having opening receptions and one night of visual arts created a festive mood with not only art students, but also the general public. 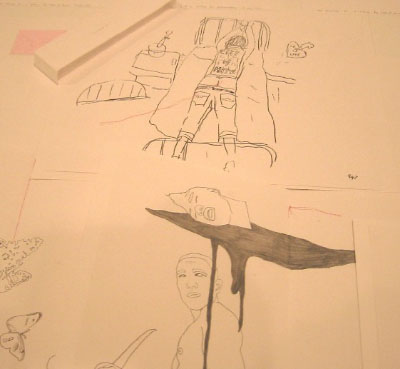 We were “swarming” around Mount Pleasant, downtown, and Gastown to explore something inspiring and exciting in Vancouver’s art scene. Among the galleries, Belkin Satellite Gallery stood out from the rest. The exhibition entitled “Suggestive Line” was about Figurative Drawing by 18 artists selected by the curator Lee Plested and Scott Watson. Each drawing was represented in unique and various ways. 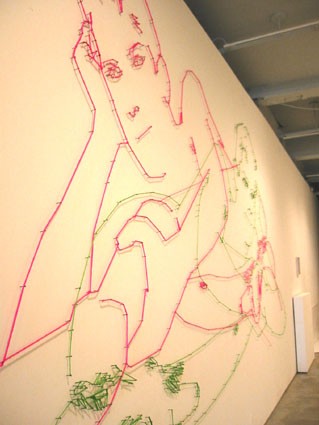