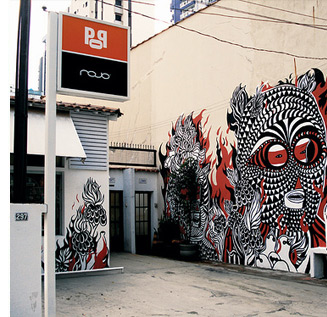 You are based in Sao Paulo. What is the feature about ROJO® Sao Paulo?

ROJO® is based in Barcelona, but we have two creative centers, Milano, and Sao Paulo, from where we generate and develop new ideas and projects. Also the curatorial part for all projects is being done from Sao Paulo as the creative energy now here is very strong. 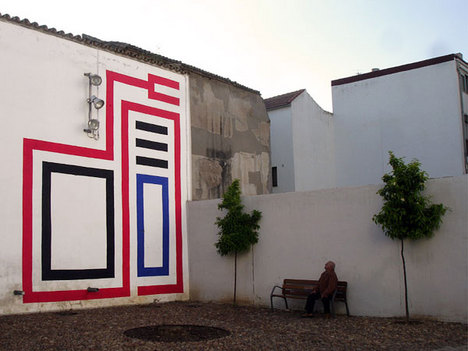 What do you think about creative scene/culture in Sao Paulo?

It is a huge city (more than 11 million people) with a great scene… Brazilians are very creative, and have always been very unique when developing their very own culture (tropicalia, for example). Sao Paulo is now overflowing with people from other countries, and the mix is generating a great scene.

For the moment is just begining… it reminds me of Barcelona in 1999-2003 when everyone wanted to move there, and there were so many interesting things it was impossible to be able to attend them all. The energy that flows now in Sao Paulo is very similar to the one in Barcelona at that time.

The Sao Paulo scene is now growing, but still far away from reaching its peak. So many things are to happen, and so many projects to start… it is going to be a great decade here… I sense it.

Could you share some of your favorite places in Sao Paulo?

I love to eat at Ritz (in Itaim and in Jardins) and Spot (near paulista avenue). You can also find me at Pita/kebab in Pinheiros, which is near our gallery, POP. Ibirapuera park in the weekdays is just a great place to meet, to have a fresh ruit juice or to do some sport. I also like Praça Buenos Aires, in Higienopolis, a great island of green in the middle of so much concrete. The Unibanco cinemas are great to catch a non-comercial film. Vegas is a great club for dancing and meeting fun people.

I also enjoy getting out of Sao Paulo from time to time, and hitting the Sao Paulo coast for a jump into the sea at Barra do Sahy beach, or if enjoying the coast ride, reaching to Itamambuca beach.