When you live in a country this damp, it never ceases to amaze the locals that the Netherlands is such a strong magnet for people living all across the world. Many of us ‘buitenlanders’ (foreigners) move here for a variety of reasons because for a country this small, it has an incredible amount of things to offer both in a social and economic sense. OK, so the weather is definitely not a selling point but from a creative point of view, this country really is seen as being at the centre of all things design-related. Plus it has a long and dignified history in freedom of expression and I think that this is felt to this day through the opportunities and open attitude it’s society maintains. 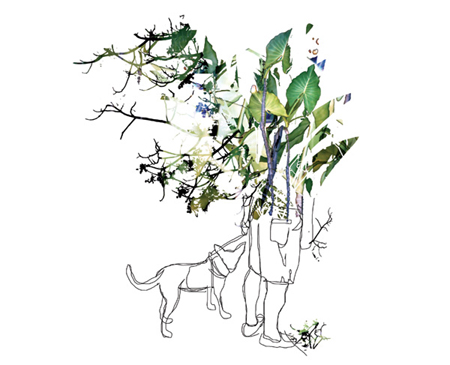 Once again, I’ve chosen to focus on another person who’s decided to move to the Netherlands and this time from a very long way away – Brazil. When I first met Yomar Augusto, it was mid-Summer and I couldn’t help feeling he’d moved over at the best possible time of the year. I wonder how winter in the lowlands will affect him? Yomar is an extraordinary character whose enthusiasm for his work is very catching. Having seen the multi-layered nature of his work before I met the man behind it, I don’t think I was too surprised to see it came out of someone with lots of energy. 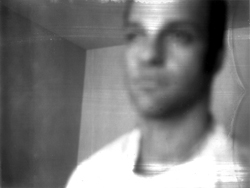 Yomar came over to the Netherlands this summer to do a Typography Masters degree at The Royal Academy of Art in The Hague. It’s something he worked hard for in Brazil, saving his money and taking time off from his business to finally come over here. Having graduated as a Graphic Designer at UniverCidade RJ in 2000, Yomar moved to New York for a while, working as a full-time designer at Mucca Design. But Brazil was calling and in 2002 he returned to Rio de Janiero where he started his own graphic design art space called vo6. Meaning ‘You’ in Portugese, vo6 worked on a wide range of things including music label projects, editorials, fashion and culture events commissions. 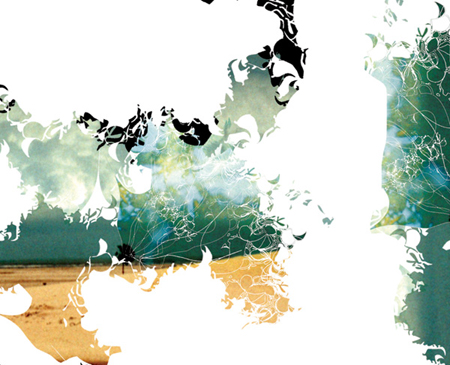 By 2003, Yomar himself was appearing regularly in publications such as Rojo magazine (Barcelona) and had started being involved in international art events. The Rojo ArtStorm (for Italian client, Indian Jeans) saw Yomar’s work exhibited in Barcelona and also Berlin – and this is where he got a taste for Europe. Back in Rio, Yomar was running workshops with students and also developing his own mixed collection of projects further. Holland caught his attention because, “I’ve always been a great admirer of the Dutch art, design and typography tradition. To be here right now is a great opportunity and I’m trying to enjoy it day by day. No rush! I also love to walk and this is a great country for that. All of this really inspires me in my work – to travel and see different cultures, different places, different meanings for the same subjects.”

Yomar’s work is multi-layered and multi-mediumed. “I’m always thinking too much about photography. My creative process is a mixture of different techniques, but I love the power to express everything with just one image…or a sequence of images. The difference now is I’m trying to get in depth on it by mixing photography with illustration, painting, silkscreen, computer, calligraphy, typography, collage, fire and water”.

If you would like to see Yomar’s work at first hand, he will be part of a group of South American artists exhibiting at The Doors Galerie in Alkmaar on 13th and 14th November.