“Design is not a terminal, but just the starting point of an idea”.

Many of you may have once taken a look at droog’s Do frame (2,520 yen), the adhesive vinyl tape which enables to set anything in a frame. Marti Guixe’s point of view gave us a refreshing surprise for the idea. 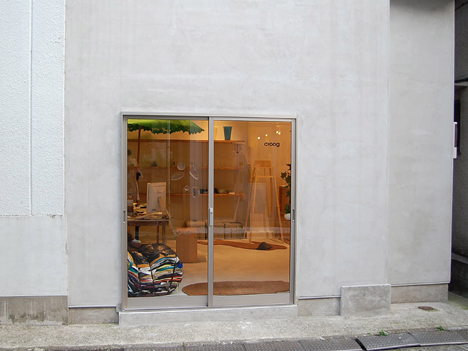 Based on the subject of design standard “Design is not a terminal, but just the starting point of an idea”, droog was born in 1993 in Holland, and suggests a new standard of values wherein one should put humor, wit, and a little bit of irony into design (as the above design suggests). It is a Dutch design, which appeared in early 1990s, focuses on functionality as well as being the means to enriching everyday life.
Gijs Bakker, one of the founders of droog, had been interested in Japanese traditions and pop culture when he first opened and directly managed a store abroad that doubled as a gallery in Ebisu during June of 2006.

You can check-out the following works at droog. 85 lamps chandelier (577,500 yen) was designed by Rody Graumans, who suggested that 85 lamps (the least component of light alone) should be brought together, turned into a luxurious chandelier, and have a strong presence. It was also added to the MoMA’s Permanent Collection. 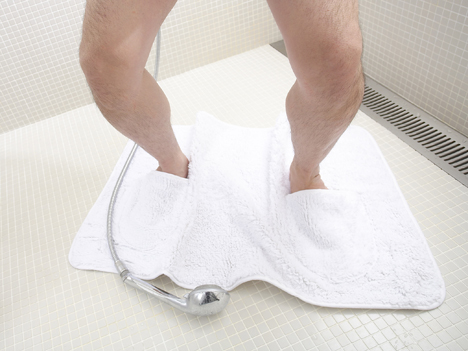 You’ll have no more trouble when you hear the beep of your cell phone while taking a bath. Matwalk (8,400 yen) is a bath mat which enables you both to dry your feet and clean the room at the same time so that you don’t need to walk on the floor with your feet wet – its humor makes us smile! Swing with the plants (84,000 yen) is a swing in which the swing can be filled with soil and seeds and be used as a planter; as the vines grow up the ropes it becomes a poetic resting place for your garden. 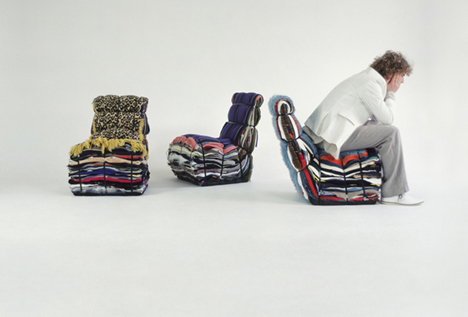 And Rag chair (1,029,000 yen), designed by Tejo Remy is one of the most impressive works. On the subject of recycling, the chair is made of used clothing; the mass production and mass consumption of the 1990’s is reborn as a one of a kind piece from the fabrics of your memories. 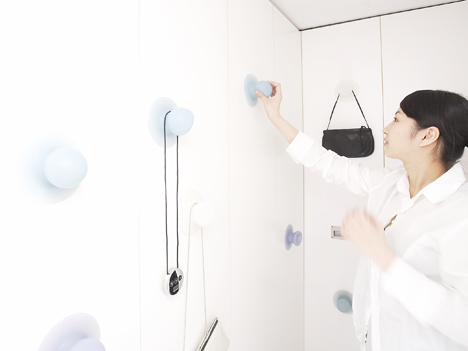 More than 100 designers have been involved in different projects so far. As gorgeous and meaningless elements are removed from design droog (‘dry’ in Dutch) is simply composed of conceptual design. The considered works designed for everyday use will be sent out regardless of presence or absence of a form.

The nature of Dutch design is regarded as being “the practical suggestion to enrich daily life.” On the other hand, brand-oriented people in Japan still tend to view design as a form of status. Nevertheless, one can be sure that those who emphasize the new standard of values droog suggests are increasing in number.