Armani Ginza Tower has been open since November, 2007. As one of the top fashion designers in the world, Giorgio Armani has been integrating his brand in Japan for 20 years. The tower is full of aethetics that put a high value on the deep understanding of Japan. A book about Armani Ginza Tower featuring the many aspects of the building, has been released by the Spanish publisher “Actar”.

You can see that those that admire Armani are deeply connected with the project. Not only Armani but also the architects Mr.&Mrs. Massimiliano and Driana Fuksas contributed to the book. Also in this book you can see the images of the tower which has a Japanese sense of the four seasons given by Elisa Fuksas . 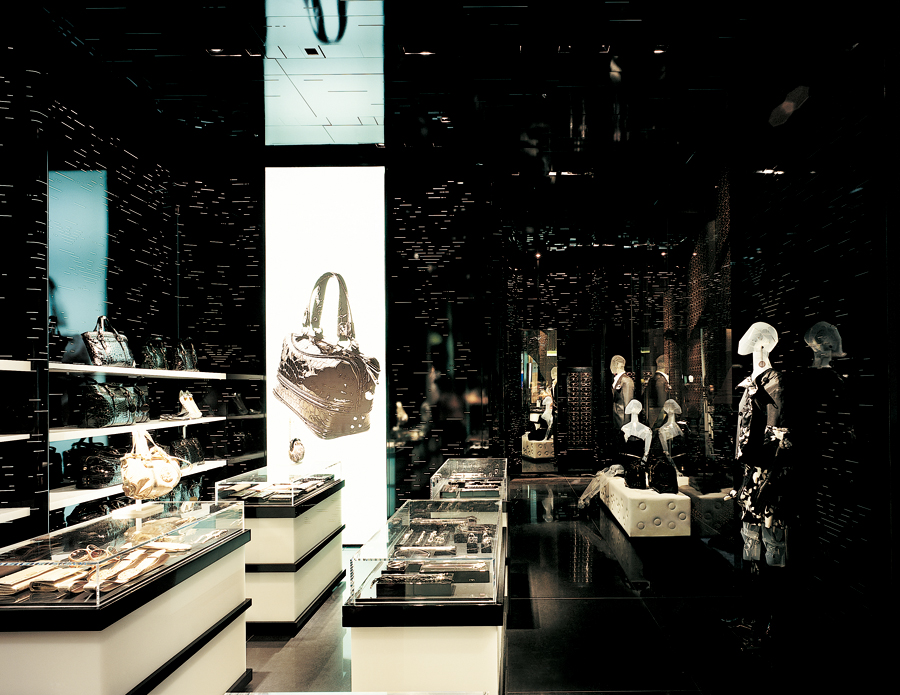 In the 1980’s, Armani was called as a maverick in the fashion world for suggesting the creation of fashion for working women. Starting from there, he has become a very ambitious designer who is always on the global forefront of everything including advertising.

His complete approach towards cloth, details derived from his craftmanship and the pursuit of the beauty in women have always kept people excited and attracted to his work.

Every thing is drastically changing in Tokyo. There are thousands of neon signs all the time, which makes people feel like everything is just passing by.
Time, people and a fair amount of information are all mixed together in Ginza. It is Armani Ginza Tower that represents the city itself. The outside view of the tower will represent the harmony created between the cityscape and either the glass during the day or the lights during the night. 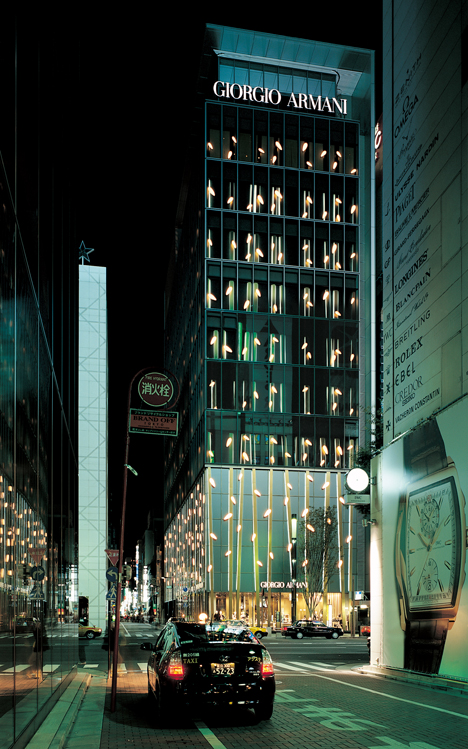 The architect commented, “We sought to reveal the world of Armani through a range of screens, as light as gossamer and as precious as silk.”, a beautiful combination of the clothes and the lights create shades and shadows through those screens.

As seen in the use of lights, the tower must be created upon his drastic research to make things dematerialize, which shows the perfect parthership between Armani and the architects as an ideal client. You don’t feel you are inside the tower because the building blends with the cityscape perfectly. Almost as one of the elements that make the city itself.

With this tower, we know the aesthetic of Armani which reminds us of various kinds of feelings, and a sense of time which Japanese people and Japan has. One of them is a vision for women who are strong, fine, moderate and also never overwhelmed by the ephemeral time going by. 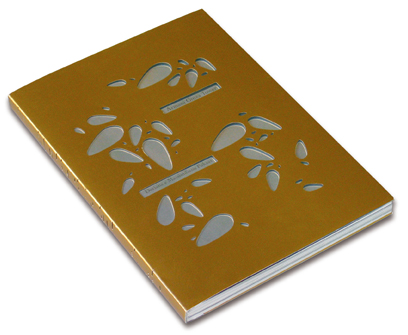