On the occasion of the first anniversary of Tsunemi Umetsu’ s death, “Tsunemi Umetsu Retrospective Exhibition” was held in Gallery Odori Art Museum in Sapporo from April 29th to May 4th.

Tsunemi Umetsu was born and raised in Hokkaido. He is one of the important graphic designer and gave a design of Hokkaido big influence. He is recognized by many works such as the assumption of nationwide director of Japan Graphic Designers Association, Sapporo City cultural encouragement prize winning in 1996 and the production of the Sapporo Olympics design guide seat and the poster “World Expo Aichi”. 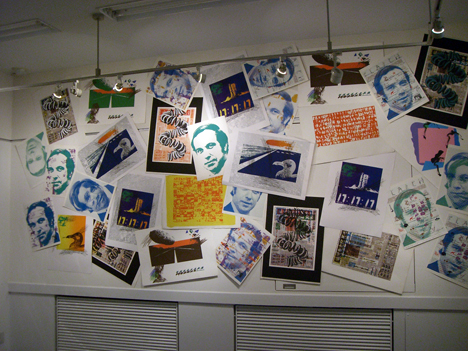 Other than a work exhibited in a wall surface in a hall, a lot of pamphlets dealt with in the days of 20 generations are exhibited and let you feel the history of Tsunemi Umetsu from old works to recent works. The reason why this exhibition was held is a request of himself. There are graphic design works having the element which is digital, and, on the other hand, there is the work by the freehand drawing of feelings. 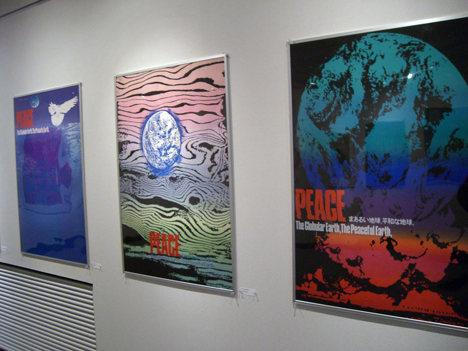 I found that there were several pieces posters written as PEACE. The big earth is drawn on those posters and felt the thing which was about to appeal about peace. When I read a certain document, the thought of Tsunemi Umetsu about the peace such as “peace to change in quality”, “War, a human act” was written. I felt charm in the strong message characteristics of this poster. 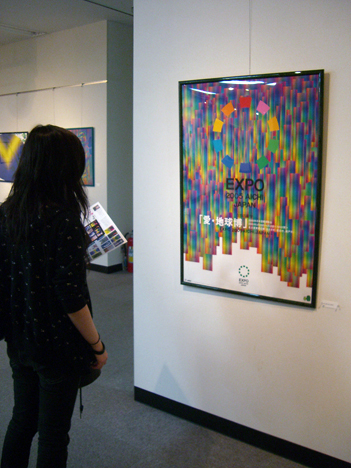 The concept of the poster “World Expo Aichi” is “natural wisdom”. It is the work which it is full of colors and feel strength. The work that feels a rich color and the strength that overlapping of the rainbow colored gradation is beautifully. It looks like a modern digital work, but let you feel Tsunemi Umetsu. Because it shows the base of “stack”, “endless” and “straight line” which he is always conscious of.